Retrospectively Projecting into the Future – By Adebisi Benjamin Temidayo

“Apparently, it is unimaginable that many folks in Academia are deceiving themselves to be engaging in research or claiming to be inventing or contributing to knowledge, which had already been established millions of years ago. Unfortunately, when you talk about God, they believe you are referring to a gathering of Christians, shouting at unseen individuals expecting signs and wonders” 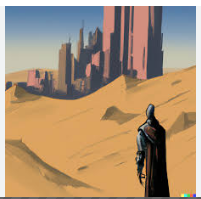 The search for knowledge

A foolish paradox is rife in academia and that’s neglecting God, believing He doesn’t exist, or basically asserting God is just an imagination of weak minds. Well, no doubt the legions of Academics are laden with confusion that most of them have not been able to live up to the expectations of what society expects from them.

About 3 years ago, in 2019, was a test to reaffirm that the knowledge of the Dons could neither save nor free human existence as the novel Coronavirus, SARS-Cov-2 disgraced what the Biologists could unravel.

During those times, I laughed at those who mocked me by saying all I have been doing is just ‘Head Knowledge’; when I stood my ground to get several professors, home and abroad, seated to explain simple “exaggerated immune reaction in the human body in response to a nonliving virus of several microns.

Of course, very few people must have acknowledged the Spirit of God in me but many others found it difficult to believe I have been ahead of them, intellectually, until the virus kept them in serious apprehension of what their lives held.

Additionally, the virus created several situations of challenges, which many haven’t been solved in Nigeria’s Academia, up to the present moment as I, BENJAMIN, The Son of the Living God, eased past those challenges and made it appear as if it was nothing.

Not to talk too much, the Academia had exalted herself against God Almighty, The Author, and Custodian of knowledge and wisdom.

God, in his might, has decided to keep, all those who will not acknowledge Him in perpetual confusion.

The Bible reinstated this that…

“because they refused to retain God in their knowledge, God gave them unto a reprobate mind to do those things that are not convenient”…Romans 1:28.

Apparently, it is unimaginable that many folks in Academia are deceiving themselves to be engaging in research or claiming to be inventing or contributing to knowledge, which had already been established millions of years ago. Unfortunately, when you talk about God, they believe you are referring to a gathering of Christians, shouting at unseen individuals expecting signs and wonders.

Sadly several Social Media fora mock God and several other posts could easily think Science answers it all or perhaps, they have a rational Understanding or explanations for what has been. Thankfully, an individual like me stood before the Academy of Medical Sciences in the United Kingdom, being grilled and one of the host members asked me “where I was carrying out my Research”. 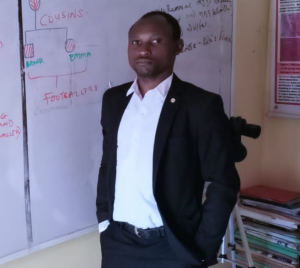 Severally, I had been accused of grandiosity and delusions, until my accusers realized that they have been deficient, not being able to reflect, observe or critically think about what I have been projecting. Notably, about 3000 years ago, in Babylon, some Hebrew Children had limited their diets to beans and vegetables and the Bible reported they were 10 times better in Sciences, Logic, and Mathematics and even in their appearance than their contemporaries who ate meat and drank wine.

Since many people, unfortunately, do not read the word of God to know or think about the story, hundreds of billions of dollars have been invested in Diabetes, Cancer, Obesity, and Neurodegenerative Diseases for what simple consumptions of vegetables could prevent from happening.

The Bible had simply talked about antioxidants present in vegetables and the dangers of consumption of high-calorie intake foods like meat and alcohol. Moreover, the brain is highly sensitive to inflammation and the only way to improve the efficiency of the brain and prevention of inflammation is to eat lots of vegetables and drink water.

The body’s reactions to inflammatory triggers have been the causes of pain and several diseases up till the very moment but most people didn’t see that God placed the first Man in the Garden of Eden to feed on fruits and vegetables.

Additionally, not only was the Bible clearly discussing Climate Change and environmental degradation but The Word of God gave clear solutions to shifting cultivation and bush fallowing, when the Bible advised that you should plant a deep-rooted crop after a shallow-rooted crop and vice versa and you need to leave your land uncultivated for the 7th Years so that the farm could regain its vitality. (Leviticus 19: 23-25, Exodus 23:10).

Most of these have eluded the knowledge of the world and excessive activities and cultivation had led the world into serious food crises as we speak.

Many topics regarding the extinctions of animals, peaceful sociological cohabitation, emotional intelligence, and fair judgment were elucidated in the Word of God to give mankind a peaceful existence but no, they wouldn’t listen.

Moreover, what we call the future in Science and Technology, Artificial Intelligence, and Machine learning were predicted in Daniel Chapter 12 verse 4, which states…

“But thou, O Daniel, shut up the words, and seal the book, even to the time of the end: many shall run to and fro, and knowledge shall be increased”.

Therefore, the explosion of knowledge and information technology, we have today, is what had been predicted for ages into the future.

Since 2004, about 18 years ago, I have been documenting what the knowledge of God, revealed to me about the world and Science and until the whole world come to my understanding, the travail of getting things done and making useful meaning of this life will be a feat.

Not surprisingly, the Bible explained in Joel 2:28 that…

“And it shall come to pass afterward, that I will pour out my spirit upon all flesh; and your sons and your daughters shall prophesy, your old men shall dream dreams, your young men shall see visions”.

Unarguably, the present world will soon be experiencing a shift from struggling to an established knowledge of God and proffering solutions through Science and Technology to Climate Change, Diseases Health Challenges, and Warfare.

“For as the earth bringeth forth her bud, and as the garden causeth the things that are sown in it to spring forth; so the Lord God will cause righteousness and praise to spring forth before all the nations”.

That is the conclusion of the matter, I can only implore you to stop the insensitivity and stupidity of playing down God Almighty, in order for you to be a partaker of the meaningful Life.