“The market is taking a breather after the falls. There are still systemic issues as people prop up various dominoes from triggering knock-on effects” 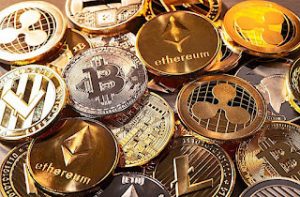 Traders in the cryptocurrency market know that it is an unpredictable and volatile, trade and must keep a close watch on their investments. An interesting aspect of cryptocurrencies like Bitcoin and Dogecoin is that they can lose value or increase in value very quickly, meaning that the more informed you are about the market, the more you are likely to make a profit from your investments.

During the week ending today, there was some bad news for Bitcoin investors because Bitcoin reportedly dropped below $20,000.

According to reports, Bitcoin’s drop was influenced by a multitude of major factors including inflation and competition from other Cryptocurrencies, which means that investors will now have to decide on whether to keep investigating Bitcoin or to take a look at other options like Dogecoin or other up and coming Cryptocurrencies.

“The market is taking a breather after the falls. There are still systemic issues as people prop up various dominoes from triggering knock-on effects” – He said.

Read Our Preceding Post: World Economy Review: Prices Of Petrol Across The World In Naira Per Litre In July 2022