“On infrastructure, Tinubu promised to “Build A New Nigeria (BANN)” by developing a National Infrastructure plan, which will cover strategic roads, bridges, rail, water, power, seaports, and airports spanning the length and breadth of the country” 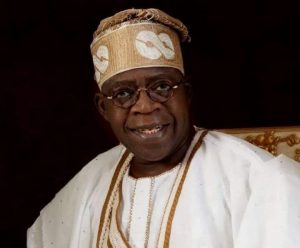 The Presidential aspirant and National Leader of the All Progressives Congress (APC), Bola Tinubu, has released the programs identified in his manifesto for the transformation of Nigeria if elected president of the country.

According to a press statement signed by Bayo Onanuga, Director of Media and Communication, Tinubu said his team will lead Nigeria to a new era of economic prosperity, peace, security and political stability.

Tinubu, the Governor of Lagos State between 1999-2007, presented his vision within five thematic areas.

He promised to improve security by decentralising the policing of the country and creating hundreds of thousands of new jobs simultaneously.

He promised to transform Nigeria into an enviable country and one where there will be justice, peace and prosperity for all, with a “robust economy”.

Titled ‘My Vision for Nigeria’, Tinubu promised in the document, “a nation transformed into greatness, the pride of Africa, a role model for all black people worldwide, and respected among all other countries.

“A vibrant and thriving democracy and a prosperous nation with a fast-growing industrial base, capable of producing the most basic needs of the people and exporting to other countries of the world.

“A country with a robust economy, where prosperity is broadly shared by all irrespective of class, region, and religion.

“A nation where its people enjoy all the basic needs, including a safe and secure environment, abundant food, affordable shelter, health care, and quality primary education for all.

“A nation founded on justice, peace, and prosperity for all.”

On the economy, Tinubu promised to build an economy that will make the nation’s Gross Development Product grow quicker annually for the next four years while also providing jobs for millions of youths in the country.

“I will focus on stimulating jobs, which will be my top priority as President. I will get Nigeria to work by launching a major public works program, a significant and heavy investment in infrastructure, and value-adding manufacturing and agriculture.

“My administration will build an efficient, fast-growing, and well-diversified emerging economy with a real GDP growth averaging 12% annually for the next four years, translating into millions of new jobs during this period,” he said.

He promised to promote the establishment of new commodity exchange boards, while also strengthening the one in Lagos in order to guarantee minimum pricing for agricultural products such as cotton, cocoa, rice, soya beans, corn, palm kernel, and groundnuts.

On infrastructure, Tinubu promised to “Build A New Nigeria (BANN)” by developing a National Infrastructure plan, which will cover strategic roads, bridges, rail, water, power, seaports, and airports spanning the length and breadth of the country.

He said his administration will combine government funding, borrowing, public-private partnership, private sector financing and concession to initiate a medium and long-term financial model for the BANN initiative.

Tinubu further stated that his administration will target an electricity distribution goal of 15,000 megawatts across the country and ensure a sustainable 24/7 supply.

“On Electricity, I will embark on a renewed action-oriented focus and take immediate and urgent action on resolving existing challenges of power generation plants, gas purchasing, pricing, transmission, and distribution. My administration’s critical goal is to have 15,000 megawatts distributable to all categories of consumers nationwide to ensure 24/7 sustainable supply within the next four years,” he added.

In the oil and gas sector, Tinubu said there will be no need for a subsidy because the market will be open and transparent.

“Supply will come from local refineries, and the forces of demand and supply will determine the price of petroleum products”.

My administration will establish a National Strategic Reserve for Petroleum Products to stabilize supply during unexpected shortages or surplus periods. This will eliminate any form of product shortages and prevent wild swings in prices.

Tinubu also spoke about his administration’s promise in the area of education, promising to increase the spending on education to 25 per cent of the nation’s budget.

He promised to continue the free school feeding programme of the APC, feeding “millions of primary school children across the country”.

Just like education, Tinubu also promised to increase the funding for health care in the annual budget to 10 per cent. According to him the National Health Insurance Scheme will be relaunched to grant health insurance cover to most Nigerians.

Highlights of Tinubu’s Roadmap To Nigeria’s Greatness as enumerated in the manifesto:

Pegasus Reporters: making news that reaches your audience | Advertise with us!|Join our readers’ list on Telegram (+234 813 308 8344) Follow us on Twitter @pegasusreporters | We are on Facebook; The PegasusReporters | Chat with the Editor on WhatsApp (+234 815 444 5334) |Contact the Editor or send your articles to pegasusreporters@gmail.com