“The statement urged those criticizing the Muslim-Muslim ticket to see this as an opportunity to realign forces of progressivism toward a new national rebirth, belief and search for competence and merit rather than ethnic, religious or regional politics which have done incalculable damage to our national psyche” 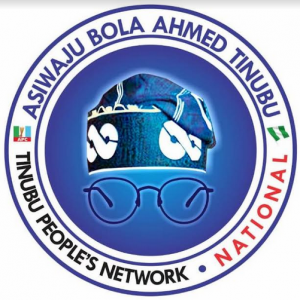 The Tinubu People’s Network, TPN has hailed the choice of senator Kashim Shettima as a new dawn in realigning the country to its pre-divisive political days of primordial political inclinations introduced during the years following the annulment of the June 12 elections.

A statement from the secretariat jointly signed by the Chairman of TPN, Mallam Abdulraim Muhammad Abdullahi, the Director-General, Princes Omobola Bolu-Omoleme and the Secretary-General, Hon. Salihu Usman as seen by Pegasus Reporters congratulated the All progressives Congress, APC for not only putting its best men forward for the 2023 presidential race but also for aiming at realigning the country towards a political culture that was entrusted to us by the founding fathers of our independent years.

The statement urged those criticizing the Muslim-Muslim ticket to see this as an opportunity to realign forces of progressivism toward a new national rebirth, belief and search for competence and merit rather than ethnic, religious or regional politics which have done incalculable damage to our national psyche.

“We are not unaware of concern from certain enlightened opinions that Asiwaju’s choice of a Muslim running mate will ruffle some feathers. However, as a people we must also understand that the constitution of the federal republic envisages the best for the nation withput recourse to any religion or tribe in matters of who’s better suited to direct the affair”

As a group, we stand with the statement of our aspirant Asiwaju Bola Ahmed Tinubu that:

“Religion, ethnicity and region cannot always, and fully determine our path. To forge ahead as a nation towards development and prosperity, we must break free of old binds. we must recalibrate our political calculations to where competence and fairness matter, more than reducible demographics”

The statement also used the occasion to urge its members nationwide, especially the youths to redouble their effort in sensitising the public of the new dawn the incoming Asiwaju presidency portend for now and the posterity.