Ka’aba Tops List Of Most Expensive Buildings On Earth At A Cost of $100 Billion.

“As a place of worship, the mosque is currently built on a-one million (1,000,000) square meters of dedicated space and expanding” 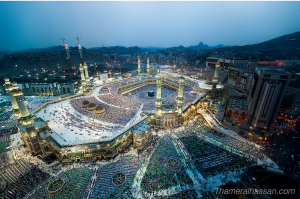 *Masjid al-Haram, The Grand Mosque in Mecca (Photo by Thamer Al-Hassan on Flickr)

The Grand Mosque, Masjid Al-Haram which incases the Ka’aba is reputed as the most expensive building on earth, recent research has been unveiled. According to Islamic history, it is the oldest sanctuary of worship built by a man, having been constructed by Prophet Abraham as the site for the sacrifice of his first son Ismail, (Ishmael).

As a place of worship, the mosque is currently built on a-one million (1,000,000) square meters of dedicated space and expanding. Some of its’s main features are: 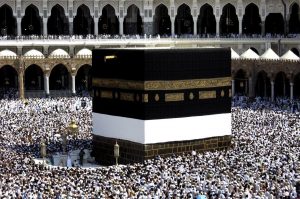 *Muslim pilgrims circle around the Kaaba at the Grand Mosque to perform the Tawaf as part of the Hajj in the Saudi holy city of Mecca. AFP PHOTO/KHALED DESOUKI (Photo credit should read KHALED DESOUKI/AFP/Getty Images)

The mosque currently has a total of: 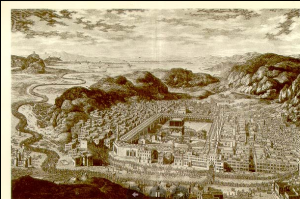 RAMADAN special services include the following but are expanded annually:

According to Wikipedia, the Kaaba and the Mataaf are surrounded by pilgrims every day of the Islamic year, except the 9th of Dhu al-Hijjah, known as the Day of Arafah, (today 7th of June, 2022) on which the cloth covering the structure, known as the Kiswah (Arabic: كسوة, romanized: Kiswah, lit. ’Cloth’) is changed. However, the most significant increase in numbers of attendance is during Ramadan and the Hajj, when millions of pilgrims gather for Tawaf. According to the Saudi Ministry of Hajj and Umrah, 6,791,100 external pilgrims arrived for the Umrah pilgrimage in the Islamic year AH 1439 (2017/2018 CE).