CULTURE: How Islam Is Changing The Rules In Mexico 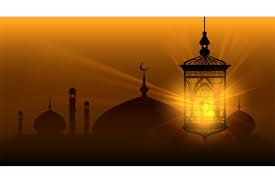 Entire Mexican families declare their conversion to Islam and the state recognizes the erosion of Catholicism in favor of Islam.

A report from the National Institute of Geography and Statistics (INEGI) of the Government of Mexico, which is dedicated to coordinating the national system of statistics and information, says: Mexico is the second largest Catholic country in the world.
Pew Center American The number of Muslims in Mexico has doubled in the last fifteen years by about 250% and an expected increase

The Mexican Economist magazine published in issue No. 297 an article on “Islam in Mexico”, in which it stated that Muslims constitute the most widespread religious group and that the number of Muslims has increased significantly and widely. The magazine also said: The conversion of Mexicans to this religion is in line with that global phenomenon that has spread in many countries of the world.

400 or 500 years ago, Muslims could not show their religion because of the brutal persecution, criminality, terrorism, bloodshed and cruelty of the Catholic Church against Muslims at that time, as the fate of those who discovered their Islam was burning alive and torture
As for today, Islam is spreading freely and safely in the second largest Catholic country in the world without invasion, conquest or human effort, but with kind words and good exhortation, and the call has begun to organize itself and manage its affairs by embracing new Muslims who receive lessons in faith and jurisprudence in light of the ability and great popular demand for Islam The former director of the Center for Research and National Security in Mexico, “Guillermo Baldes Castellano,” said that the Muslims of Mexico are extremely peaceful groups, and they have good relations with their neighbors.

Read Our Preceding Post: How The Ekweremadus Lured Me To The United Kingdom Targeting My Kidney – Teenage ‘Kidney Donor Opens Up!