“As if to seduce Yar’adua, the leader of the Disruptive- Innovation says “Remember say, we became Yoruba- people enemy sake of say we supported you and turn our backs at Chief Olu Falae; now we wan make you help us to regain our love back to our Yoruba people…, General, dakun, tell Atiku to step down…” 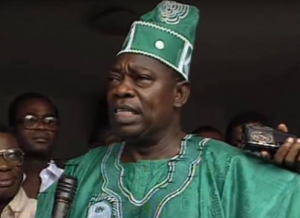 It all started at the Jos (Plateau State) township stadium, during the Social Democratic Party – SDP Presidential Primaries in Jos, North Central Nigeria.

So, as delegates, they cast their votes for him (Kingibe) on the first ballot and were ready to do the same on the second ballot… 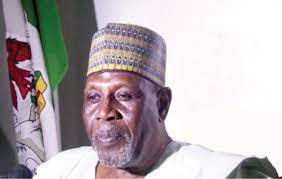 Since these three candidates were the leading aspirants, a run-off voting must be conducted for them for the party to select the flagbearer of the SDP. Sensing danger for the “Yoruba Candidate” flagged by Chief MKO Abiola; some concerned Yoruba leaders & Chief MKO Abiola’s advisers thought it may be over (a dead-end) for MKO Abiola since Kingibe and Atiku polled 5,321 to MKO’s 3,617

If therefore, the duo of Kingibe & Atiku merged, one of them will get the ticket (Ahh! Beni ! Otukpari – lol ?) 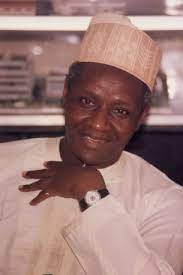 Upon getting to Amb. Yahaya Kwande’s house, not far from the SDP party primary venue in Jos, they approached Yar’adua’s P.A Mallam Inuwa Baba, who told them that the General was sleeping and shouldn’t be disturbed.

In desperation, the trio ignored the “Yeye P.A’ (Omo Kpeteru) and went straight to General’s bedroom and banged his door!

“Open the door General” the trio screamed back, with Adedibu being loudest (My take).

After a brief Silence, the General opened the door and without letting anyone in, the trio flooded his room and yet without protocol started begging Yar’adua to stop Atiku from the race…

As if to seduce Yar’adua, the leader of the Disruptive- Innovation says “Remember say, we became Yoruba- people enemy sake of say we supported you and turn our backs at Chief Olu Falae; now we wan make you help us to regain our love back to our Yoruba people…, General, dakun, tell Atiku to step down…”

Yar’adua perplexed but highly intuitive & intelligent, got the Joker and without much ado agreed!!

Yar’adua said, “For you good people, I agree to support MKO Abiola, go and bring him here; I can do anything for my friends…” Yar’adua responded.

Sighting the All but Atiku Yoruba Mandate Allocators, General. Yar’adua spoke to Atiku in Hausa (the language of power) at length.

In the end, Atiku broke down in tears and wept when his boss asked him to step down. Yar’adua gave him a handkerchief to tackle the tears amidst serious business. But, while Atiku was sober, Abiola went close to him, hugged him and told him “You will be my deputy…, Se ti gbo!!“ 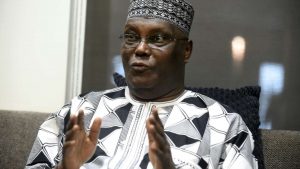 Atiku then accepted and spoke, facing Yar’adua “Since you’re the one who brought me into politics sir, I cannot disobey you…”
That was the statement that sealed Chief MKO Abiola’s fate in Jos in 1993 and by the time Atiku announced his withdrawal from the race, the SDP ticket went to Chief MKO Abiola.

Now, Remember, Chief MKO Abiola had hugged Atiku and told him (Atiku) “You will be my deputy”.

Atiku and others then left Ambassador Yahaya Kwande’s house and headed to the Jos Township Stadium, the venue of the almighty SDP Party Primaries; where he (Atiku) mounted the podium and announced his withdrawal from the race leaving only Abiola and Kingibe.

It was Atiku’s withdrawal that gave victory to MKO Abiola. The normal thing for MKO was to immediately announce his deputy during his acceptance speech in Jos, that was the plan…

But, immediately Abiola was declared winner, before anyone could say Jack- Robinson, Kingibe stood up and walked toward MKO Abiola saying “My President, I’m loyal”, before Abiola could recover from the shock of Kingibe’s unexpected declaration of loyalty, again Kingibe added “I am the best VP that can give you victory”, apparently disappointed, Abiola said “Please, Please, Ambassador, this is not the right time for this…”

The general political outcomes indicate that 12 out of 14 SDP governors across the federation are asking Abiola to pick Kingibe, or they will make good their threats to sabotage Abiola’s campaign & victory !! Kolapo Ishola and Osoba supported MKO Abiola on this move!!

So, to douse the escalating real-time political tensions, Abiola completely omitted the VP issue in his acceptance speech to avoid the wrath of the governors and to responsibly avoid breaking Atiku’s, loyal heart…

Shortly after the declaration of Chief MKO Abiola’s victory, the Head of State & Commander-in-Chief of the Nigerian Armed forces, General Ibrahim Badamasi Babangida (GCFR) called MKO Abiola and told him to pick Pascal Bafyau if “You Want My Blessings” 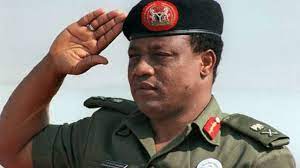 IBB must have also warned MKO Abiola, not to pick Atiku at all, as running mate… Abiola was now in a brutal dilemma of choice! Then, Abiola was to address SDP supporters in Kaduna, expectedly, to announce his deputy.

Innocently, Atiku had arranged two horses, one for Abiola, one for himself; that was the SDP style for the celebrations, awaiting victorious merger !!

No doubt, for the fear of the majority of Pro-Kingibe governors and the head of state General Ibrahim Badamasi Babangida; Abiola didn’t announce his deputy again in Kaduna, for the second time…

And so, one day, in his house in Ikeja, Abiola, via a press conference, announced – Gbam!! Kingibe is his deputy, thereby bowing to the risky threats of Governors and thus set to search for ways to pacify the vulnerable Atiku, but then crippled by the thought of going to war with the head of state – IBB?, Yes, For rejecting Pascal Bafyau as a suggested choice for MKO Abiola’s deputy. 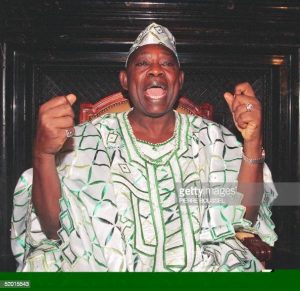 Abiola summoned courage and gave the following excuse, as justification for the choice of Amb. Babagana Kingibe against Atiku, whom he promised to take as deputy, as follows: “That Atiku stepped down but he didn’t say he stepped down for Abiola”.

Statesmen in a quagmire, you may say? See, Abiola’s supporters all knew that Abiola won’t win if Atiku didn’t step down but politics is a crafty game… This “betrayal” pained Atiku to his bones.

Indeed, did IBB kept his threat? For raison de’tat, June 12 was sabotaged and General Yar’adua took his pound of flesh.

Well, the General threw his weight behind the annulment of the June 12 General Elections and opted for Interim Government; that in an ethnic pacification fashion saw Chief Ernest Shonekan, a very senior private sector business manager & administrator, took over as Head of government (of course not the head of state).

Nigeria is blessed with truly great people & leaders and quite many peace-loving leaders General Ibrahim Badamasi Babangida like many others (of us) did love Nigeria, not without a course and some downtime!!*

David Easton, my reverred political-thinker postulated, and I quote: “Politics is the Authoritative Allocation of Power/Values”

After forceful (Authoritative) Allocation of values and power, politicians and the people must move on, grow from it and advance for the good of the state.

Hail All Heroes of Nigeria’s Democracy! Hail Chief MKO Abiola (GCFR) – The Great Bashorun of all times and our system’s game-changer.

Nigeria is the Greatest Country in the world when we make it so!!