“In a scenario, reminiscent of the famous David and Goliath story, Tinubu absorbed the full might of the Federal Government, and like the wily fox he is, matched Obasanjo’s militaristic, Machiavellian machinations with his Yoruba jaguda (rough) politics. He became unanimously crowned the Jagaban of Yorubaland and the Lion of Bourdillon, named after his street address, in Ikoyi, Lagos” 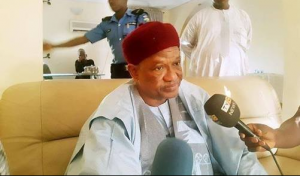 Since I came to the Senate in 2007, I had continuously agitated for the unity of the progressives. A lot of progressive individuals and progressive parties and movements were also agitating for unity. We all knew that for us to defeat the PDP, we had to merge and battle the colossus. The real merger story started with Bola Ahmed Tinubu, the political genius and business guru, whose story is the stuff of legends.

In 2007, while I was campaigning for Presidency, Tinubu arrived to convince us to join his party, the Action Congress, or for his party to merge with our party, the ANPP. Tinubu was a stalwart in that democratic revolutionary movement, National Democratic Coalition (NADECO) that fought General Sani Abacha to a standstill. He became the Governor of Lagos State when we returned to democracy in 1999. His party then was Alliance for Democracy (AD), which controlled all the states in the South-West zone. By 2003, General Olusegun Obasanjo of the ruling PDP applied his notorious garrison politics and scattered the entire AD in the South-West, capturing all the South-West states, except Lagos State.

General Obasanjo then unleashed a withering assault on Tinubu, who resisted it alone as the rest of the AD and the South-West crumbled to PDP. In a scenario, reminiscent of the famous David and Goliath story, Tinubu absorbed the full might of the Federal Government, and like the wily fox he is, matched Obasanjo’s militaristic, Machiavellian machinations with his Yoruba jaguda (rough) politics. He became unanimously crowned the Jagaban of Yorubaland and the Lion of Bourdillon, named after his street address, in Ikoyi, Lagos. He was mocked, blackmailed, railroaded and his Local Government funds withheld. The rest of Nigeria thought Tinubu was finished, but that was the best thing that ever happened to Lagos State and to Bola Ahmed Tinubu. Necessity, they say, is the mother of invention.

Tinubu responded by doing what no state government had done for decades. He turned to taxation. With the discovery of crude oil in Nigeria, taxation of the citizenry had become a dirty word. Since the Nigeria-Biafra Civil War, as the pre-war taxation of colonial civil servants became a weak memory, the art of taxation disappeared. Nigeria guzzled itself fat and lazy on the free largesse of nature. Everything else collapsed. Weaned on crude oil, every state went every month, cup in hand, to beg at the monthly Federal Allocation bazaar in Abuja.

With funds for his state withheld illegally, Tinubu sought a self-help route. He started taxing the people of Lagos State and soon became quite adept at extracting money out of his citizens. His genius here was turning once reluctant tax payers into willing tax payers by delivering visible projects that made the people happy. They backed him in his battle with Obasanjo by actively paying their taxes. Lagos being a highly industrialised commercial capital and with traders from all parts of the federation, the revenue potential proved to be huge. Tinubu reinvented taxation and amassed more wealth for Lagos State than Nigeria offered from the Federal Account. His success thoroughly disgraced Obasanjo.

Tinubu also struck a personal goldmine. He kept the secrets of his amazing fundraising for Lagos State. He formed a company called Alpha Beta and entered into a deal with the subsequent Lagos State Government to tax for them. The deal was simple. They either had to rely on the Federal Allocation or let his company raise massive resources for them through taxation. The Lagos State Government agreed and the rest was history. Bola Tinubu became a multi-billionaire almost overnight.

Love him or hate him, Bola Ahmed Tinubu is simply an astounding businessman with interests in tax consultancy, hotels, newspaper, television, oil and air transport. Some consider what he did in Lagos as corruption, but technically, it was a legal, straight business proposal from which both parties benefitted enormously. Lagos State was awash with money and embarked on grandiose projects. Tinubu became a magnate with sprawling business interests across Nigeria and Africa.

Tinubu invested his extra money in creating a new political party, the Action Congress. He now had the financial muscle to start fighting for all the states in the South-West zone, which were taken from him by General Obasanjo, using unfair PDP garrison politics of violence and electoral rigging. He approached ANPP in 2007, as I was campaigning for the presidential candidacy of ANPP.

I had known Tinubu since the NADECO days and knew how irrepressibly irresistible he could be. If you do not want to say ‘yes’ to Bola Tinubu, the best thing to do is to avoid him at all costs. He will not rest till you say yes. He came to meet me, whilst on the Presidential campaign trail, after visiting Adamu Aliero, then Governor of Kebbi State. Aliero had agreed to a merger and told me so. When he came to me I had no choice but to agree. Then, he virtually dragged all of us to the Lagos State Governor’s Lodge in Asokoro District, Abuja. 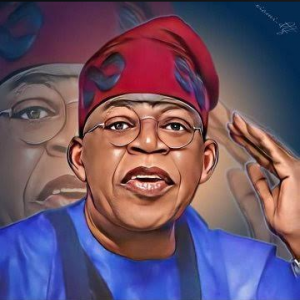 Bola Ahmed Tinubu is not a normal human being. He is either superhuman or supernatural. He is possessed by an indescribable energy. He is a human hurricane parading himself as a homo sapien. He sucks up everything in his path with great force and movement. It is very difficult to resist his energy. When we gathered in the Lagos Government lodge, all sorts of people were there. All the ex-governors of AD that were deceived by Obasanjo to lose their seats were there seething with rage. It was a beehive of furious progressives and angry conservatives dumped by Obasanjo.

The biggest catch was Atiku Abubakar, the former Vice-President under General Obasanjo. Tinubu kept pushing for the idea of the merger. At that time, it could not happen, but then the idea had been strongly planted and the steam began gathering slowly. Bola Tinubu came out with Atiku Abubakar and they ran as Action Congress of Nigeria (ACN) but got nowhere. Umaru Musa Yar’Adua of the PDP won, assisted with a little rigging. General Buhari and the ANPP were also defeated.

For 2011, Tinubu’s ACN had six states behind it and Buhari had broken up with ANPP and formed his CPC. At the last moment, they tried to merge, but this proved impossible. The biggest problem was their egos. Buhari was a former General and Head of State. He probably felt that Tinubu should be subservient to him. However, he had no States or a proven political party machinery behind him, and his fledgling CPC might not be able to record any achievements at the election. He had little funds.

Tinubu came with his six States and very deep pockets, so he probably expected to dictate the terms, and for Buhari to bow before him. They eventually disagreed citing legal and political hurdles. They went into the elections. Buhari pulled his 12 million votes across Northern Nigeria, beating Tinubu’s ACN. It became clear to Tinubu that if he could secure Buhari’s support, the progressives could win. Democracy is a game of numbers, not just deep pockets.

-Excerpt from ‘POORLITCS- The Little Boy from Goniri and The Progressives’ Manifesto’, the Biography of Bukar Abba Ibrahim