“The emergence of Tinubu, is what we didn’t want to happen. But somehow, the APC advised itself and they have brought him” 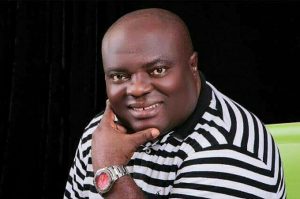 The governorship candidate of the Peoples Democratic Party (PDP) in Cross River, Senator Sandy Onor has confessed that members of the opposition party held night vigils and prayed against the emergence of Asiwaju Bola Ahmed Tinubu as the presidential candidate of the All Progressives Congress (APC).

The PDP flagbearer said the action was one spiritual step taken to ensure that Atiku will not face the formidable candidature of Tinubu because they knew his track record and that he was not a walkover in any ballot battle.

Sandy Onor who was speaking in Calabar with reporters at the NUJ Press Center said:
“The emergence of Tinubu, is what we didn’t want to happen. But somehow, the APC advised itself and they have brought him”.

He admitted the 2023 Presidential contest would be a tough one between Atiku and TInubu.

According to him: “It’s going to be an interesting battle but a lot still has to fall in place for us to be in a position to hazard reasonable guesses as to who will eventually win.