The “Great” Chief Bagudu Hirse (A sound Journalist, Nigeria’s former ambassador & devout- Christian) was edged out during the 1992/1993 elections that saw Chief Fidelis Tapgun emerge as the second elected governor of Plateau State. 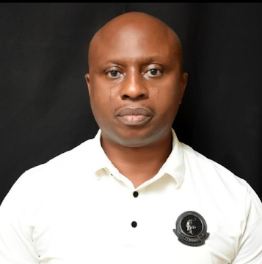 Democracy as a “Government of the people, by the people and For the people…” is largely Successful as a result of the various contestations (Prof. Nanven Garba, Jos).

These contests from Canada to India, from Switzerland to Russia and from the UK to the USA vary, very- remarkably from those in resource-limited countries like Kenya, South Africa, Venezuela, Egypt, Afghanistan & Nigeria, among a few Federations in the International Community…

Nigeria is a growing democracy not without hiccups! Let’s bring the fourth republic under Scrutiny (from 1999 to date).

When Chief Mathew Aremu Olusegun Obasanjo was released from the prison, after what many scholars termed “Horrible Humiliation of the political class by the military…” The politicians themselves were to again throw “propagandist stones”, accusing the military of Planting Obasanjo & imposing him on Nigeria’s “Political Ummah”.

President Umar Shehu Yar’adua (of blessed memory) was not just perceived as Obasanjo’s Stooge, he was picketed as a weakling for Nigeria’s political elite! Yet, Yar’adua despite short period in office is celebrated for his selfless service to the Nigerian state.

In Plateau State, pre-election times are periods of ethnic & religious scrutiny despite elite control and manipulations!

Da Jonah Jang became a governor at a time his predecessor – Chief J C Dariye was widely perceived as a failed tenure (due again to elite manipulations & the corruption charges against Chief J C Dariye, imprisoned).

Despite the late Pwajok’s charismatic pedigree & likely popularity, youths and political groups staged an Unprecedented movement (Protest), which led to the protest votes that enabled Mr. Simon Bako Lalong (Esq ), a hitherto very unpopular statesman (even for serving as Speaker of the PSHA) under crises ridden Dariye tenure; to win the 2015 governorship election in Plateau State…

*One incident stood out as conspicuous & quiet, unfortunately; the blackmail that heralded & trailed Jonah Jang’s “Imposition Attempt”; namely:*
I. That Late GNS Pwajok was a secret son of Da Jang
II. That Jang was using GNS Pwajok to perpetuate himself on Plateau State for another tenure.
III. That GNS Pwajok had donated his right Kidney to Da Jonah Jang, who was inadvertently suffering from Kidney Disease
IV. And that Jonah Jang was planning to stage an attack on the Hausa Fulani Communities of Jos !!

This was undoubtedly Plateau’s worst period of mindless lies, libels, scandals & extreme propaganda in the history of Plateau State.

*It is not the first time, please!

*The “Great” Chief Bagudu Hirse (A sound Journalist, Nigeria’s former ambassador & devout- Christian) was edged out during the 1992/1993 elections that saw Chief Fidelis Tapgun emerge as the second elected governor of Plateau State.

The unsavoury tales of Da Ambassador Bagudu Hirse being unfit to govern Plateau State, range from his (Da Bagudu Hirse) being:
a). A two-faced politician capable of surrendering Plateau State to Islam.

b). And that Mr. Bagudu Hirse was a Polygamist & pro-Islam; etc

And, all were tell-tales of lies & scandal-mongering hinged on election campaigns of calumny & destructive propaganda.
*How did Plateau State get here?*

To me, dear fellow citizens; Da Ambassador Bagudu Hirse, is one of the best leaders that Plateau State has missed to date, to have become a governor. Check his records from the Nigeria Standards to Federal Civil Service and his career as fine-breed Ambassador of Nigeria to Namibia. Bagudu Hirse is a Frontline Peace Architect & Social Changemaker. A very detribalized technocrat.

*Ambassador Bagudu Hirse is my mentor & hero, despite the humongous pre-election propaganda that banished him from securing victory to lead Plateau State, (an emerging complex society?) made up of a people at a *”Political & Democratic Cross Road”*

I often say Africa’s culture of wild rumour mongering is disastrous for the new world order, in the sense that, the world is now neck-deep in the knowledge era characterized by a scientific approach to enquiry (facts finding) & to social actions in general; *but unfortunately, our democracy is a reflection of anti-social antics premised upon Ethnicity, Religion & Primordial contestations…

Chief Ambassador Bagudu Hirse may be living with the scars of *”Pre-election Image Distortion…”* It is because we as a people once ignorantly or mischievously allowed it. It is condemnable.

Never Again please, should the Youth of Plateau State – the most educated Youth in northern Nigeria, allow these wildfires that fans ambers of hate & segregation !!

The happenstance in Plateau State APC, following Party primaries of May 26th 2022, comes to mind, with a Mind-bugler, bugling indeed !!