Religious Tolerance In A Turbulent World; A Leaf From The Yoruba – By Olobe Yoyon

“Digging deep into the philosophy of our elders, I found this prayer – “Ọlọ́run ma jẹ ka gba wèrè mọ ẹ̀sìn”! (God help us not to mix madness with religion). Evidently, the Yorùbá differentiate between wèrè (madness) and ẹ̀sìn (religion)” 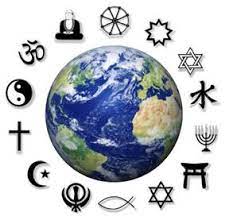 When many nations are regressing into a culture of religious hatred, hostility, fanaticism, terrorism, bigotry and conflict the Yorùbá are at peace with each other. The question is: how have the Yorùbá managed to tame this hydra-headed monster of religious intolerance?

First and foremost, religious intolerance is very “un-Yoruba”. The idea of hating someone for their religious beliefs does not exist in the psyche of the Yorùbá.

This is not by accident because the Yorùbá see religion as an inseparable aspect of culture. To them, culture is the totality of an individual’s personality.

The Yorùbá recognise three main religions and the exposition of their names in Yorùbá language will help illuminate how the people see these religions.

The Yorùbá word for religion is “Ẹ̀sìn”, so we have:

Ẹ̀sìn Ìbílẹ̀ – Traditional (native, aboriginal) religion. Even these days, it is ridiculous and even comical to say for example ẹ̀sin Ṣàngó (Ṣàngó religion) or ẹ̀sìn Ògún (Ògún religion). This is because the Yorùbá of old did not see their deities as individual gods but as a pantheon.

Ẹ̀sìn Ìmàle – Religion of the Malians, originally brought by some trans-Saharan merchants from Mali circa 1655 and practised solely by the merchants. Full-blown Islam was brought by the Fulani with the aim of converting the people.

Ẹ̀sìn Ìgbàgbọ́ – Religion of the believers in Jesus, the Nazarene. (the verb Gbàgbọ́ means “to believe”). This was brought by the British circa 1840 also with the aim of converting the people.

From their mythology and oral traditions, the people believe they were the first humans on earth and as such all religions are just derivatives of their primordial ancestral religion. The traditional religion of the people has the following peculiarities:

It is based solely on oral transmission. Not written on scrolls or parchments or paper but in people’s minds, oral history, rituals, poems etc.

It is not the religion of one particular hero like Moses, Jesus, Muhammad or Buddha. There are no missionaries and no desire to preach or propagate or gain converts. It is just a cultural aspect of their lives.

Now, back to Yorùbá religious pluralism… 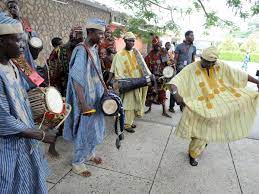 Ìwàpẹ̀lẹ́ (good character or conduct) concept plays a major role in this. As a perennial student of Yorùbá culture and traditions, I am yet to come across any historical account whereby the Yorùbá nation waged a “holy” war or a “crusade” against any other nation.

This accommodationist nature still exists as we speak. It is not uncommon to have Muslims, Christians and traditional worshippers in the same family without religious tension and conflicts. The culture that binds the Yorùbá together transcends religious worldviews. Nations currently experiencing religious upheavals evidently have a lot to learn from the Ọmọ kaarọ o ji’re after all.

Digging deep into the philosophy of our elders, I found this prayer – “Ọlọ́run ma jẹ ka gba wèrè mọ ẹ̀sìn”! (God help us not to mix madness with religion). Evidently, the Yorùbá differentiate between wèrè (madness) and ẹ̀sìn (religion).

The Yorùbá also recognise that Ọ̀nà kan o wọ ọja (there are many paths to the market), hence the pluralism of religion in the world. The world can borrow this worldview from the Yoruba and learn to live in peace and harmony with other human beings.

Read Our Preceding Post: Elon Musk Praised Netflix For Telling Employees To Quit If They Couldn’t Work On Content They Disagreed With.