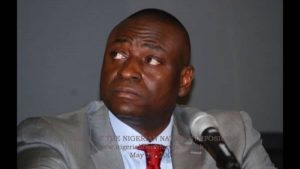 *Kennedy Emetule a columnist is based in the US

Atiku Abubakar did not delete the post in question because he’s afraid they would attack or come and kill him too. He posted exactly what he felt. But he is a national leader and when ignorant people in the guise of responses to his comment were turning his page/thread into a recruitment ground for bigotry and terrorism, in an election season, he had to do the reasonable thing, which is to take the post down to disempower idiots and troublemakers.

However, he goofed by claiming later that it was an unauthorized post. This is the equivalence of having his cake and eating it. It is what happens when you have idiots as advisers who then force you into knee-jerk reactions to even the most basic of challenges. The first comment was genuine, the second was a political charade. Yes, he’s a politician, but he needed not to have made the second post denying he posted the first one. Just deleting it would have been enough.

Beyond all the above, the killing of that young lady by the murderers under the cover of defending their religion is a scandal that will always dog our nation in one form or the other because of an elite conspiracy against national truth. Freedom of religion should not be compromised, but its misinterpretation to the extent of supporting criminality should not only be left to the realm of soulless newspapers or media pages’ condemnations.

A nation must have organizing truths around which the citizens live and engage. It is an abdication of duty by the state and its leadership when you leave people to believe that you have to kill to protect Prophet Muhammad. Prophet Muhammad himself lived a life of grace and forgiveness. He never took out his anger on those who insulted him. The Quran has examples and examples of prophets being insulted and injunctions that those doing the insulting be left alone. There is a story of Prophet Muhammad himself officiating at the funeral of a man who insulted him, a man whose Son wanted to kill because he insulted Prophet Muhammad, but who Prophet Muhammad had to stop. A religion that does not respect the sanctity of the human life is not worth believing. Those doing this are giving Islam a bad name because what they are practising is not true Islam and the behavior they have exhibited is not the behavior expected of true adherents of the faith.

Religious belief or worship should not compromise social order. The state has a responsibility to ensure that religious education is not another avenue to launder ignorance and hate. That is criminality. People who use religion to propagate hate should be prosecuted to the full extent of the law. The state must invest in the right education for its citizens and that too must include religious education. Black day in Nigeria