Elon Musk Praised Netflix For Telling Employees To Quit If They Couldn’t Work On Content They Disagreed With. 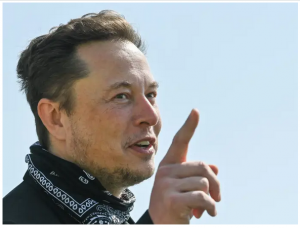 Elon Musk praised Netflix for its new company-culture guidelines saying the company might not be the best place for employees who couldn’t work on content they might disagree with or find harmful.

Netflix recently updated its company-culture guidelines for the first time since 2017 to include a new section titled “Artistic Expression.”

“Not everyone will like — or agree with — everything on our service,” the guidelines say, adding: “We let viewers decide what’s appropriate for them, versus having Netflix censor specific artists or voices.”

“As employees we support the principle that Netflix offers a diversity of stories, even if we find some titles counter to our own personal values,” the guidelines continue. “Depending on your role, you may need to work on titles you perceive to be harmful. If you’d find it hard to support our content breadth, Netflix may not be the best place for you.”

Netflix’s policy change came after the platform experienced a record quarterly loss of subscribers, which the company attributed to increased competition, password sharing, and other factors including inflation and Russia’s invasion of Ukraine.

Musk previously blamed the loss of subscribers on Netflix being “woke,” writing on Twitter: “The woke mind virus is making Netflix unwatchable.”

It’s unclear exactly what content the Tesla and SpaceX billionaire was referring to, but he said in a follow-up tweet: “Can they please just make sci-fi/fantasy at least *mostly* about sci-fi/fantasy?”

Some Netflix employees publicly criticized the company in October for airing a special in which the comedian Dave Chappelle made inflammatory comments about transgender people. The special was not removed from the streaming service despite protests.