Comrade Taiwo Ojewande, he has therefore urged those who never respect excellence and the feat achieved by Asiwaju Bola Hammed Tinubu in his education careers to read far and wide and ask questions where needed so that their ignorance will not further put them in shame. 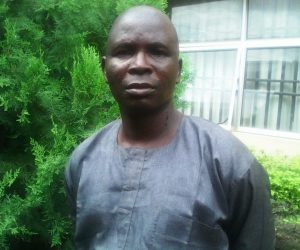 A Tinubu presidential support group, Tinubu People’s Network has called on those still doubting the academic qualifications of the All Progressives Congress presidential aspirant to seek better ground to justify their fear than raising unfounded rumour about an issue that has long been cleared.

In a press statement sent to PegasusReporters, the national publicity secretary of the body, Mr.Taiwo Ojewande who was reacting to a recent viral aricle which claimed that schools attended by the APC stalwart have disowned his certificates.

The group spokesman referred those whom the statement noted as wailers to a statement by the Chicago State University spokesman, Beverly Poindexter who said “Mr Tinubu did attend our university, however, if further information is needed, go to studentclearinghouse.org website to make a formal request”

Details of the press statement as signed by Comrade Taiwo Ojewande is as follows:

This is so when one view the acumen, education qualifications and instinct of Asiwaju Bola Tinubu. At his tender age,Bola was never a truant, but a lover pf education who never believed in forgery and certificate racketeering.

An affirmation of this was the recent letter written by Chicago University where Asiwaju majored in Accounting.

The wailers should remember that the late human rights activist,and senior Advocate of Nigeria Gani Fawehinmi withdrew a related case against Asiwaju Bola Tinubu when all evidence before him failed him.

Recently the Chicago State University gave a shut up to wailers who are blind in peddling lies,by saying that the All Progressives Congress stalwart and presidential hopeful, Bola Tinubu, indeed attended the university of Chicago.

Beverly Poindexter, who is in charge of official transcript requests, enrollment and degree verification at the Office of the Registrar, CSU, made this known to the public. He said “Mr Tinubu did attend our university, however, if further information is needed, go to studentclearinghouse.org website to make a formal request,” Poindexter wrote.

In an earlier letter dated August 20, 1999 and signed by then Registrar, Lois Davis, the University stated that Tinubu was its student between 1977 and 1979.

He wrote, “Please be advised that Bola A. Tinubu did indeed attend Chicago State University from August 1977 through June 1979. He was awarded a Bachelor of Science Degree in Business and Administration with honours on June 22, 1979. His major was Accounting.”

Also attached to Tinubu’s form CF004 submitted to the Independent National Electoral Commission during his re-election bid in 2003 was a commendation letter from CSU recognising his performance and “high scholastic achievement”.

Comrade Taiwo Ojewande, he has therefore urged those who never respect excellence and the feat achieved by Asiwaju Bola Hammed Tinubu in his education careers to read far and wide and ask questions where needed so that their ignorance will not further put them in shame.

Asiwaju Bola Tinubu remain unperturbed about the campaigns of calumny against him ,but he believes that leaders are dumpsite,but nevertheless those who could not spell their names correctly should stop saying that Asiwaju Bola Tinubu forged all his academic Certificate.

Read Our Preceding Post:  2023: The Uprising Of The Last Man Standing; Jagaban Bola A. Tinubu