“The truth is that as far as the case is concerned, Senator Lekan Balogun is a high chief of Ibadan, not an Oba, and can become the Olubadan. Although, he and some of the chiefs have continued to parade themselves as Obas, which is a contempt of court.” 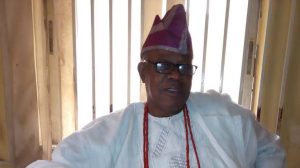 More controversy trail the passage of the Olubadan of Ibadan, Oba Saliu Adetunji, as another Ibadan-based Lawyer says that Chief Lekan Balogun is in the best stead to wear the crown of Olubadan.

The lawyer, Ola Adeosun, of Ola Adeosun & Co Chambers, said that the chieftaincy declaration of 1957 puts Balogun in good stead, and that the hierarchy of the Obaship is clear. Senator Lekan Balogun, who represented Oyo-Central Federal Constituency between 1999 to 2003, is expected to sit on the throne of his fathers as the Otun Olubadan.

However, Barrister Ola Adeosun concured with Barrister Micheal Lana, who recently wrote a letter to the Oyo State Governor, Seyi Makinde, a pending court case may be a clog in the wheel.

The submission of the judicial panel was adopted by the Oyo State Ministry of Local Government and Chieftaincy Matters, and culminated in the installation of 11 High Chiefs and 22 Baales, as Obas in August 2017. The potential Olubadan was one of the chiefs declared as an Oba in his locale.

Barrister Ola Adeosun has noted that there was an attempt to elevate high chiefs and baales to the position of Oba through a gazette instituted by the Ajimobi government, which was challenged in court by Senator Rashid Ladoja, the Osi of Ibadan.

Ladoja won the case, which nullified the installation of Obas in Ibadan, nevertheless the Oyo State Government appealed the judgment of the court claiming some technicalities.

Adeosun said that by the time the appeal was going on, the Seyi Makinde government had assumed office and settled out of court with Senator Ladoja, thereby returning the Obaship back to its 1957 status and nullifying the Obaship installed by the Ajimobi administration.

He described the chieftaincy process under the Ajimobi administration as illegal, because it did not go through the Oyo State House of Assembly, but was instituted through an executive “Gazette”.

“Some of the chiefs who were dissatisfied by the decision of Governor Seyi Makinde to settle out of court went to file another case in court since they were not a party to the earlier case between Ladoja and the Oyo State Government, all in a bid to set aside the “Terms of Settlement,” he said.

“The truth is that as far as the case is concerned, Senator Lekan Balogun is a high chief of Ibadan, not an Oba, and can become the Olubadan. Although, he and some of the chiefs have continued to parade themselves as Obas, which is a contempt of court.”

Ola Adeosun also stated that the pending case (a single case) may serve as an obstacle to the installment of Balogun, because it may challenge his selection as the new Olubadan.

He asserted that the validity of the previous Obaship installed on him, needed to be fully set aside.

He referred to the letter sent to the governor by his legal colleague, Lana, and noted that if the pending court case is in the favour of the chiefs, Senator Balogun will have to retain the Obaship he got during the Ajimobi administration, and forfeit the Olubadan title.

Read Our Preceding Post: For The Record: Obasanjo Tackles Clark, Says Igbo Would Have Taken Everything If Biafra Succeeded.