Alexandre Lacazette and Eddie Nketiah are poised to leave Arsenal in the summer of 2022, with both players entering the final six months of their contracts.

The Red Devils have reportedly made Bayer Leverkusen teenage midfielder Florian Wirtz their next big transfer target for the upcoming January transfer market.

So far this season, the 18-year-old German international has been in fantastic form for Leverkusen, scoring five goals and providing eight assists in 15 Bundesliga matches to help his team to fourth place in the rankings.

Wirtz had a breakout year in the 2020-21 season, when he made his debut shortly after turning 17, and has since gone on to become one of Europe’s most sought-after teenagers. According to The Sun, Red Devils manager Ralf Rangnick has made Wirtz his top transfer target ahead of the January 1 start of the winter transfer window. 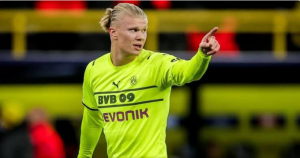 Manchester City are reportedly prepared to go all out in the summer of 2022 to sign Borussia Dortmund forward Erling Braut Haaland. When his release clause becomes active, the Norway international is widely expected to depart the Bundesliga club, sparking a bidding war for his services. 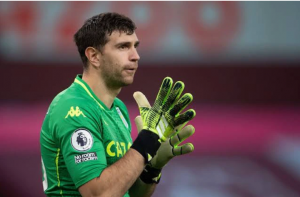 Manchester United have reportedly added Emiliano Martinez of Aston Villa to their list of goalkeeper transfer targets. The Argentina international, 29, has thrived since joining Villa Park from Arsenal in September 2020 for about £16 million, keeping 15 clean sheets in 38 Premier League games last season.

However, the Daily Star reports that United have watched Martinez on many occasions and are now considering him as a replacement for David de Gea in the number one spot if the Spaniard decides to go. 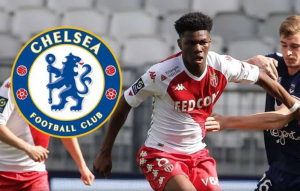 *Chelsea to move for Aurelien Tchouameni in January

Chelsea are reportedly considering making a January bid for Monaco midfielder Aurelien Tchouameni. With seven caps for France already under his belt, the France international is set to receive numerous offers to leave Monaco in the next transfer windows.

Tchouameni’s contract expires in two and a half years, but his Ligue 1 club may be willing to part ways with him for the right price. Chelsea are preparing to put Monaco’s resolve to the test next month, according to Eurosport, as they plan for potential departures in the center of the pitch. 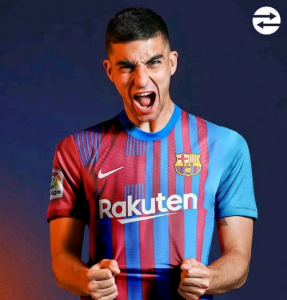 Barcelona are nearing completion on the signing of Manchester City winger Ferran Torres. After agreeing a deal with Manchester City for his services, the Spaniard is expected to join Barcelona in the January transfer window.

Barcelona are currently putting finishing touches to the deal, and Torres, according to Catalan newspaper Sport, has already arrived in the capital.

The Spain international is set to have a medical check with Barcelona on Monday morning, and if all goes well, the Catalan giants will make an official announcement later that day. 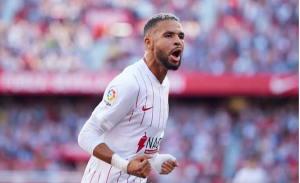 Arsenal have reportedly identified Sevilla striker Youssef En-Nesyri as a potential January transfer target. Alexandre Lacazette and Eddie Nketiah are poised to leave Arsenal in the summer of 2022, with both players entering the final six months of their contracts.

Furthermore, following a series of disciplinary issues, Pierre-Emerick Aubameyang has been dropped from the team, while Folarin Balogun’s long-term future is also uncertain. Mikel Arteta is expected to strengthen his offensive options throughout the winter transfer window, with Dominic Calvert-Lewin and Dusan Vlahovic both linked with transfers to the Emirates.

Read Our Preceding Post: Two Decades Of Injustice: What Are The Implications On Nigeria Democracy? By Chief Adeniyi Akintola