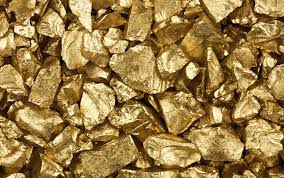 The Concern Residents of Dangbala, raised the alarm in a statement signed by one Godwin Amusa and Agbaje Saiki, Convener and Secretary, respectively and made available to newsmen in Benin on Tuesday.

The residents noted that it has become imperatives to go public on the issue in order to avoid the Zamfara State situation, stressing that the residents now sleep and wake with the fear of not knowing what to expect in the community.

According to the group, “The once peaceful community have been turned into something we fear make snowball into what will become a problem to the community and state as a whole.

“This people move in with their equipment at ungodly hours and carry on with their activities with impunity. With the way they go about this activities, one is forced to believe that they have outside forces backing them.

“As I speak with you, the leadership of the community is divided on the matter, while some pretend not to know what is happening, others who are speaking against it are being shutdown.

“This is the reason why few of us came together and decided to come out public to call for urgent action to be taking by the authority to stop this madness that may become security threat if not handled with dispatch.”

Meanwhile, Concern Residents of Dangbala said that the miners returned to the community few weeks ago more determined to continue form where they left.

Meanwhile, the Zonal Mining Officer (ZMO), Mr Abdulkadiri Adamu has said he was unaware of the return illegal miners to the area since it was shutdown by the Edo Government.

According to him, “Edo State government placed embargo on the activities of miners in the area and am not aware that they (miners) are back there.”