“Their relentless and selfless contributions to the growth and development of Osun State since 2010 as 2 consecutive Governors of the All Progressives’ Congress, will surely speak volume for the party in the next year gubernatorial election. 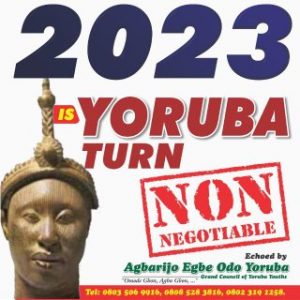 Agbarijo Egbe Odo Yoruba (Grand Council of Yoruba Youths) has responded to tirades from Lasun Yussuf’s claims that victory the All Progressives Congress, APC will loose the next governorship polls in Osun state if they manipulated it in favour of any candidate.

Comrade AWA Bamiji, Aare Apapo (President – General) of the group made revelation in a press statement signed by him on the 6th of December, 2021. Refuting the statement credited to Hon. Lasun Yussuf, Comrade Bamiji said that it was time for members of the party to “remind ourselves of 2018 All Progressives’ Congress Gubernatorial Primary election, where Hon. Lasun Yussuf that lost out woefully without having any evidence to disagree with the results, angrily succumbed to fate and buried his head in complete shame. 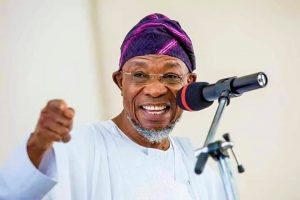 An angry Bamiji stated in the statement that “latest claim that the Primary election was rigged by the Chairman, Electoral Committee, now the Deputy Senate President, Senator Ovie Omo Agege, in favour of the Winner of election, Governor Gboyega Oyetola, means something is wrong somewhere because as a former Deputy Speaker and a major Beneficiary of the Party’s electoral struggles, at the Federal Level, who is still aspiring to contest for Osun Gubernatorial election in 2022, tagging the same Party, All Progressives’ Congress, a union of Primary Election Riggers, has publicly proved that his ongoing 2023 Senatorial electioneering Campaign under the guise of 2022 Gubernatorial Campaign is a sealed deal between him and his new Party, the People’s Democratic Party, Osun State”

The statement said that this is the the reason why this party, the PDP, is applauding him as Osun State political Maradona, for job well-done, for throwing stones to his old glass House, where he got the nomination form from, just to make a political statement.

The statement said that the group is unequivocally, telling the whole World that this dubious man, a total disgrace to Islamic religion and a Judas of Osun State, is now a beautiful bride of the People’s Democratic Party, the same Party that had proved him to be a paper tiger by continuously defeating him hands down in his Irepodun Local Government in the 2018 gubernatorial election where the All Progressives’ Congress scored 6,517 votes to People’s Democratic Party, PDP’s 8,058. In the 2019 general election, he spent a whopping 25.5million on nomination in exclusion of million of naira he used for Campaign Publicity and mobilisation ahead of the Primary election, which means, he would had spent nothing less than N100,000,000. 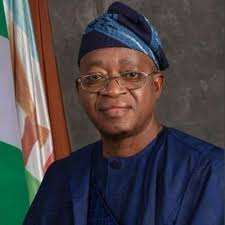 Continuing extract from the statement said, “so, if you were rigged out and you have evidences as you are now claiming after 3 years, it means you are not intelligent to be the Deputy Speaker, Federal Republic of Nigeria, in the first place, not to talk of you becoming the Osun State Governor.

‘No wonder, you cut corner to become the Deputy Speaker, Federal Republic of Nigeria, against the general wish. The arrogant action that has now relegated you into Dustin of political history since 2018. It is now understandable, your roar, only being the noise of a frustrated Politician who is blindly seeking political relevance.

“Surprisingly, you now turned yourself to an unrecognized megaphone of your estranged friend, (that you refused to listen to in 2015, when he advised you to step down for a popular Candidate of Yorubaland, “Ogo Ti o Koja Oye Eda Ti Ile Igbimo Asofin Kekere” Odu’a Awardee, Rt. (Hon) Femi Gbajabiamila), the Hon Minister of Interior, our ever Progressive, ever visionary, and ever dynamic Symbol of Struggles, Ogbeni Rauf Aregbesola, in an attempt to drag him in the mud that you childishly find yourself.

The group accused Lasun pf joining “the enemies of Progressives to grab the food that was meant for the Prince and not a moron like you, which you had eaten alone for for good 4 years without any visible impact in your Consistency and this accounted for continous loss of All Progressives’ Congres in your Local Government, therefore, you must continue fasting alone outside the Government till you repent your sins against Yoruba and apologize publicly to serve as a good lesson for future traitors.

“Not you, or even your new Political Party, People’s Democratic Party, could come in between these two Political Elephants of Yorubaland, our trusted and tested Leaders. 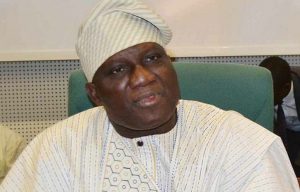 “Their relentless and selfless contributions to the growth and development of Osun State since 2010 as 2 consecutive Governors of the All Progressives’ Congress, will surely speak volume for the party in the next year gubernatorial election.

“Governor Gboyega Oyetola will be glad to extend invitation to the historic commissioning of World Class Olaiya Bridge and other ongoing giant Projects of his administration to you and your completely blind Political Party of Osun Conservatives, by God’s grace”

The group also added her voice to the unfortunate issue involving the death of a teenager in a private college in Lagos.

“We raise our voice in concert to seek justice for a 12 year old Sylvester Oromoni, a Student of Dowen College, Lekki, who was murdered on Thursday, 30 November, 2021, by his Coallegues for refusing to join their deadly Cult Group and sadly left his Parents in agony while mourning him on his posthumous Birthday on Saturday, 4th December, 2021; and 11 year old Don Davis Okezie, a Student of Deeper Life High School, Uyo, Akwa Ibom, who was allegedly assaulted sexually for months by his Coallegues in the School Hostel”

The statement also commiserate eminent sons and daughter of Yorubaland who passed away recently.

“We mourn the retired Justice of Supreme Court, Justice Bolarinwa Oyegoke Babalakin, who passed on at the age of 94, and Mrs Fatimah Amele Bamigbetan, 48, the wife of our dear Brother, former Chairman of Ejigbo LCDA and the immediate past Commissioner for Information and Strategy, Lagos State, Hon Kehinde Bamigbetan and Itunu Babalola, 26, who painfully died in prison after being wrongly jailed in Cote D’Ivoire. May God Almighty grant their souls sweet repose”, the statement ended.

Read Our Preceding Post: EDUCATION: How A Vision Board Helps You Run With Your Vision – Mariam O. Campbell