Within a year, Correctional Centres in Edo, Kogi, Imo, Oyo and other states have been successfully attacked by unknown gunmen. The government at all levels must not allow this ugly trend to continue. 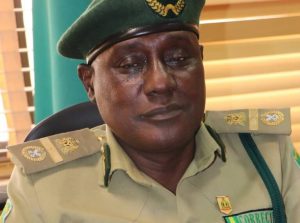 The military and police provide security for our correctional centres across Nigeria. Some aggrieved groups have sponsored attacks on Police Commands and the Correctional Centres. Some powerful individuals are now funding jailbreaks in Nigeria to embarrass President Buhari. I was attacked recently in Ore, Ondo State when two men were discussing the jailbreak in Oyo State when I attempted to listen to their discussion.

I want to appeal to President Buhari to as matter of urgency direct the police to interrogate seriously those that have been arrested in connection with carrying out attacks on correctional centres to know the mode of their recruitment and funding of gunmen that are attacking correctional centres.

Jailbreaks have become booming business in Nigeria. The gunmen that have been recruited and well funded now move from one correctional centre to another. It is time for President Buhari to dig deep into those who are financing jailbreak in Nigeria. Most of the jailbreaks are politically motivated because there are high profile criminals there. What happened that caused jailbreak cannot be far from politics because of the emerging political situations in the country. Attacks on correctional centres have become an act of terrorism.

Within a year, Correctional Centres in Edo, Kogi, Imo, Oyo and other states have been successfully attacked by unknown gunmen. The government at all levels must not allow this ugly trend to continue. The financing of jailbreaks can be described as the process by which a person tries to collect or provide funds with the intention that they should be used to carry out attacks on correctional centres.

Money laundering is the processing of assets generated by criminal activity to obscure the link between the funds and their illegal origins. Jailbreak financing raises money to support gunmen that at- tack correctional centres. While these two phenomena differ in many ways, they often exploit the same vulnerabilities in financial systems that allow for an inappropriate level of anonymity and opacity in carrying out transactions. Gunmen that attack correctional centres need money to sustain them and to carry out jailbreak acts. Jailbreak financing encompasses the means and methods used by gunmen to finance their activities.

This money can come from legitimate sources, for example from profits from businesses and charitable organizations. Gunmen can also get their financing from illegal activities such as trafficking in weapons, drugs or people, or kidnapping for ransom.
Combating jailbreak financing is a highly complex endeavour that involves many different actors. President Buhari must have a wide variety of responses, ranging from legislation, international policy to operational level responses.

President Buhari must act now because it appears that the attacks against correctional centres is a tactics to release hardened criminals that will later be deployed to attack Nigerian state. President Buhari must develop the capacity of the criminal justice and law enforcement officials to investigate, prosecute and adjudicate jailbreak financing through the provision of specialized training on issues related to special investigation techniques, freezing, seizing and confiscating gunmen assets, and strengthening regional and international cooperation against the financing of jailbreak.

In 2021 alone, more than 2,000 inmates were freed in two earlier jailbreaks: on Sept 13 when 240 inmates were freed after gunmen attacked a detention facility in North-Central Kogi State with explosives and on April 5 when at least 1,800 were freed in the Southeast Imo State when another facility was also blown up. Even though the recent jailbreaks in the country seem to have no connection to each other, all of them have been carried out using explosives. Authorities succeeded in re-arresting some escaped inmates, others reportedly returned willingly.

A handful of such attacks took place last year as well, with many raising alarm about the safety of detention facilities in the West African nation. Dozens of inmates were freed after gunmen attacked a prison in southwest Nigeria, the Associated Press quoted an official as saying on Saturday. This was the third jailbreak in the country this year. The authorities could not immediately ascertain the number of people who escaped the prison following the attack. Between 2017 and July this year, at least 4,307 inmates were believed to have escaped from correctional centres. In 2021 alone, more than 2000 inmates were freed in two jailbreaks.

The figures included 240 inmates that were freed after gunmen invaded a detention facility in Kogi State with explosives in September 2021. On April 5, about 2000 inmates were freed in Imo State when gunmen blew up a correctional facility and later attacked the Criminal Investigation Department (CID) of the state police command and freed a number of suspects.

There were also cases of attempted jailbreaks at the Ikoyi Correctional Centre in Lagos State and a similar facility in Bauchi State, as well as Ubiaja in Edo State.
With jailbreaks becoming more frequent recently, it has become a booming business that President Buhari must investigate to know those that are sponsoring attacks on correctional centres across Nigeria. The time to act is now.

Read Our Preceding Post:  BONDING IN A RELATIONSHIP: Sex Does Not Equate Intimacy – Tai Isong