REACTION: Re – A Letter To President Muhammadu Buhari (GCFR) Over The Recrudescence Of Security Challenges In The Country 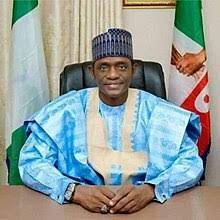 Hon. Yusuf Adamu Gagdi has raised some very important and fundamental issues that deserve urgent attention in the piece; A Letter To President Muhammadu Buhari (GCFR) Over The Recrudescence Of Security Challenges In The Country! But can we for once be honest and tell ourselves some good home truth, as examined below.

(1) President Muhammadu Buhari is a victim of a society that has been spiritually fraudulent and morally deformed and where organised faith uses religious beliefs as possible means of getting to be identified as godfathers, without conscience. That’s why, looters, established crooks and 419 cone-artists are the major players currently deciding our country’s political destiny!

We are all aware that 85 percent of the new masters of ceremonies calling the shots in the All Progressives Congress, APC now, did not identify with PMB political legacies of integrity and positive change doctrine; therefore, did not vote for him because of his determination to protect the poor and recognize their humanity, as he had initially conceived which is why, on joining the CPC and the merger train, most of the vultures, like the former vice president, former senate presidents, governors all plotting against him with just very few exceptions!

Of course, we are a country with people who have sold their souls to the highest bidders, even if the bidder is a mad dog that has been infected with an overdose of rabies; infections like some of the corrupt retired military bandits who use their stooges to sabotageously frustrate credible stakeholders by sharing stollen booties from public treasuries.

In any case, how many people earnestly worship God, if they cannot afford to seriously uphold the terms and conditions of interpreting God’s divine authority, after using either the Holy Qur’an or the Bible to keep their faith in God, alive, unfulfilled?

Take for instance what the 10 APC rebel governors are doing, today, which is almost reinforcing the Peoples Democratic Party’s, PDP’s identical style of “rascality and might is right banalities”!

See what kind of Rambo’s satanic acts of irregularities the Mala Buni’s counter-revolutionary power block intrigues has reduced the Buharian Integrity policy to the most undemocratic form of bestialities in the same sinking ship like the PDP’S irresponsible model of corrosive selections format?

Yet, despite PMB’S leadership efforts to bring sanity into the system, the Mala Bun’s ambitiously adventurous, nay, ambiguous agenda cannot be allowed to take us to the Next Level.

It may even shock President Muhammadu Buhari himself, to learn more about the underground conspiracy against his policy, by the acclaimed cliques running the APC current illegalities supervised by the Kaduna State Pro- OBJ moles, who have sold their conscience to the devils, that despite the fact that, a well coordinate and successfully conducted and certified elections of suitable AMAC and Abaji Area Councils and the winners were duly given their certificate of returns, they were later unilaterally replaced with those candidates alleged to have been heavily sponsored by a former Governor from the North-Cental Axis who’s alleged to be shouldering the financial requirements for those two candidates, who do not belong to any power blocks were rigged out and the case is now with the judiciary; in the courts.

Now, in the light of so many treacherous betrayers, PMB’S leadership efforts may not be as smooth as expected, arising from so many invidiously untrusting and untrustworthy characters in the system, please!