In April 2017, a $43million slush fund belonging to the NIA was found in a residential apartment at Ikoyi, Lagos by EFCC officials. The then NIA boss, Ayo Oke, was sacked with President Buhari vowing that those involved in the Ikoyi-Gate scandal will not go unpunished. Nothing has been heard of the matter to date. 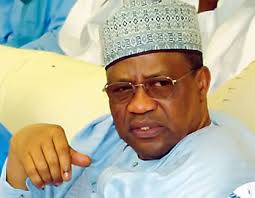 Ex-president Ibrahim Babangida said he will be acknowledged as saintly when compared to the democratic governments of President Muhammadu Buhari and his successors.

The former military dictator who nascent history is holding responsible for internalizing the culture of corruption (settlement) in the Nigerian polity, made this statement in an interview published by Arise TV on Friday.

Gen. Babangida said he is a saint when compared to democratically elected presidents like Buhari and others who have led the country since 1999 when Nigeria returned to democratic rule.

“You cannot compare it with the fact on the ground now,” Babangida said. “From what I read, from analysis, I think we are saints when compared to what is happening under a democratic dispensation.”

Recall that Babangida who led a junta that ruled Nigeria from 1985 to 1993 and annulled Nigeria’s most credible June 12, 1993 election, said he sacked a governor for misappropriation of less than N313,000 but today people steal billions are walking freely in the country.

“I sacked a governor for stealing less than N313,000. Today those who have stolen billions are in the court and parading themselves on the streets. So who else is in fighting corruption,” He queried!

In a related outburst, the presiding Pastor of Citadel Global Church Community, Pastor Tunde Bakare has this to say:

“If because of insecurity and corruption, we voted Jonathan out and now insecurity is worse, corruption is much more deadly now, what do you think should happen?” Mr. Bakare, a former ally of  Buhari, asked in his sermon last Sunday.

Though Buhari claims to be leading an anti-corruption war, his regime has been rocked by several corruption scandals, ranging from certificate forgery among his aides to theft and diversion of public funds.

In 2017, Secretary to the government of the federation Babachir David Lawal was fingered in a diversion of N544million funds meant to cater for Internally Displaced Persons in terrorism ravaged North-East. Mr. Lawal was suspended after much pressure from the then-Senate. His subsequent trial by the EFCC has effectively been inert.

Peoples Gazette in December 2020 exposed how the top operative in  Buhari’s kitchen cabinet, Isa Funtua, got an N840 million windfall from the Federal Inland Revenue Service without any justifiable reason. The government has kept mum of the matter to date.

In April 2017, a $43million slush fund belonging to the NIA was found in a residential apartment at Ikoyi, Lagos by EFCC officials. The then NIA boss, Ayo Oke, was sacked with President Buhari vowing that those involved in the Ikoyi-Gate scandal will not go unpunished. Nothing has been heard of the matter to date.

Former Nigerian Finance minister Kemi Adeosun was in July 2018 exposed by Premium Times to have skipped NYSC and forged a certificate to secure her appointment in  Buhari’s government. She later resigned from office but was not prosecuted for forgery.

Anti-graft agency boss Abdulrasheed Bawa was exposed by Peoples Gazette to have diverted recovered assets in September 2020 when serving as a zonal head of EFCC in Port Harcourt. Less than five months after the exposé,  Buhari appointed him to lead the anti-corruption agency.