“We have written several letters to the Commissioner of Physical Planning and Urban Development on the issue of the over 3,000 illegal immigrants occupying the cleared site for the project. 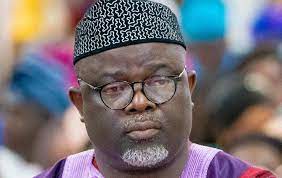 Bridgeway Global Project Ltd, the developer handling the relocation of the Information Communication Technology (ICT) Village from its present location in Ikeja to Gatankowa area in Agbado-Okiodo LCDA, has called on the Lagos State Government to evacuate illegal occupants from the site.

Jimmy Onyemenam, Chief Executive Officer of Bridgeway Global Project Ltd, made the call in an interview with newsmen in Lagos on Saturday.

He said that unless urgent action was taken, the miscreants who had built shanties on the site would delay the timely completion of the proposed ICT Village project.

According to Mr Onyemenam, “the miscreants have also constituted a security threat to workers who have been attacked several times, thereby hindering the ongoing relocation project at Gatankowa area”.

He lamented the activities of hoodlums in Lagos in recent times, stressing that concerned state government agencies should curb their activities before they get out of hands.

“We have written several letters to the Commissioner of Physical Planning and Urban Development on the issue of the over 3,000 illegal immigrants occupying the cleared site for the project.

“They have been there for years and established an ecosystem before the place was acquired by the state government to be used for the ICT village.

“But when the demolition was done and they had nowhere to go, they returned to the same place that is under construction now with more aggression.

“They threaten the lives of the workers on site and people living in the environment. They destroy their work.

“You will also see people who claim to be mechanics, who drive in with good cars into the place, dismantle them and sell them as scraps”, he said.

According to the developer, “it is only with the intervention of the state government through the ministry in charge, that can evacuate the miscreants”.

Mr Onyemenam acknowledged that the office of the governor had been supportive, adding that more help was needed from the supervising ministry and security agencies to ensure timely completion of the project.

He said so much money had been spent on security issues but regretted that not much had been achieved.

He said it was imperative to complete work on the site as it was a development project.