Zenith, Access, Others To Bid For Union Bank, Other African Assets Of Atlas Mara

Atlas Mara has been working with Rothschild & Co. to consider options for its Union Bank stake. 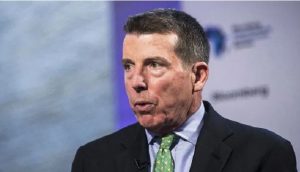 Zenith Bank and Access Bank are among the list of financial institutions from Africa and the Middle East to indicate interest in the acquisition of Union Bank and other African assets of Atlas Mara Group, a Pan-African banking group.

This will likely bring to an end, the incursion of Bob Diamond, the founder of Atlas Mara Limited and a former Chief Executive of Barclays Bank Plc, into the African financial market, after misjudging competition on the continent and overpaying for acquisitions.

According to a report from Bloomberg, which quoted sources who preferred to be anonymous as it was yet to be made public, the London-listed group has received a number of offers for its 49.97% stake in Union Bank of Nigeria Plc.

Zenith Bank Plc, Access Bank Plc, in addition to other African rivals like Morocco’s Attijariwafa Bank are among suitors that have shown interest.

Middle Eastern banks and private equity suitors have also shown interest as some of the potential buyers have indicated they may acquire all of Atlas Mara’s remaining assets in Africa, which would include its Zimbabwe unit.

Although no final decision has been taken yet as there is still a lot of uncertainty around the discussions, Atlas Mara has been working with Rothschild & Co. to consider options for its Union Bank stake, the report suggests.

Atlas Mara Group on Wednesday said that it has secured regulatory approval for the sales of its businesses in Botswana and Mozambique and received interest in other assets, without going into details.

The Group also said it completed a planned restructuring exercise and extended a standstill agreement with its creditors to May 17 to complete necessary documentation just as it added that it is still in legal disputes with two creditors, TLG and Norsad.

What you should know

Atlas Mara Limited saw the need to reposition its operation due to the coronavirus pandemic which has negatively impacted its business and seen its shares crash by about 96% since it started trading towards the end of 2013.

The firm’s stake in UBN, Nigeria’s sixth-biggest bank by market value, is its largest investment and seen as a foothold into the continent’s most populous nation.