We Are Not Biafra: BRAC Warns Biafra Agitators To Stay-Off Its Territories

“BRAC, therefore, warned Biafra agitators to respect their territory as further attacks will create tension between their communities and Ndigbo” 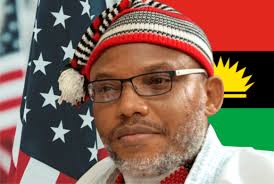 Niger Delta groups consisting of the Aborigines of 5 states of Bayelsa, Rivers, Akwa Ibom and the Cross River States Coastal Aborigines on Wednesday have warned the Indigenous People of Biafra to leave their communities out in their agitation for the Biafra Republic.

The group which has adopted an acronym from the first letter of their representative states told the agitators: “we are not Igbo but a completely distinct sets of people in character, culture and all, from the Igbo.”

The group which described attacks on their communities as provocative and unacceptable said within the last couple of weeks they had witnessed the invasion, harassments, raping and killing of innocent citizens, and disruption of peace and socioeconomic activities in BRAC coastal territory by IPOB activists.

The General Coordinator of BRAC, Doris Mcdaniels, who spoke on behalf of the body said the attacks first was done last year in Oyigbo and the Port Harcourt areas of BRAC territory following the direct instruction of their leader, Nnamdi Kanu through the incessant, inflammatory radio broadcast

The statement reads partly, “In the last few days, Omuma, Elele, Omagwa and Abua Odual areas of Rivers State were visited leaving a trail of tears, blood and horrific killings. All the unprovoked violence was not necessary.

BRAC, therefore, warned Biafra agitator to respect their territory as further attacks will create tension between their communities and Ndigbo.

“These attacks on BRAC territories are provocative, totally unacceptable and highly condemnable. These are likely acts to lead to another angle that will affect the cordial relationship and peaceful cohabitation between the coastal minorities and the Igbo.