When asked if this was the most effective malaria vaccine in the world, Prof Hill said: ”It is in the sense that no other vaccine has had a primary endpoint with over 75 percent efficacy, yes. 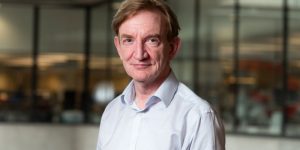 Researchers from the University of Oxford have developed the world’s most effective malaria vaccine, making them the first to achieve the World Health Organisation-specified 75 percent efficacy goal.

Malaria is a life-threatening disease caused by Plasmodium parasites that are transmitted to people through the bites of mosquitoes specifically infected female Anopheles mosquitoes.

The Oxford researchers who are behind the Oxford-AstraZeneca Covid-19 vaccine, have reported findings from a Phase IIb trial of a candidate malaria vaccine, R21/Matrix-M, which demonstrated 77 percent efficacy over 12 months of follow-up.

The scientists hope the vaccine can be approved for use within the next two years.

Adrian Hill, who is director of the Jenner Institute and professor of Vaccinology at the University of Oxford, said: ”With the commitment by our commercial partner, the Serum Institute of India, to manufacture at least 200 million doses annually in the coming years, the vaccine has the potential to have a major public health impact if licensure is achieved.”

Asked how confident he was that the efficacy could be replicated in the next phase of the trial, Prof Hill told the PA news agency the researchers were “pretty confident”.

He added: ”And we and others have found that if you vaccinate just before the malaria season, you get maybe a 10 percent improvement or something like that in efficacy that’s not published yet but will be coming out fairly soon from another group.’

When asked if this was the most effective malaria vaccine in the world, Prof Hill said: ”It is in the sense that no other vaccine has had a primary endpoint with over 75 percent efficacy, yes.

”So we’re excited about that. But as you know, there’s a final phase of testing to go through.”

Prof Hill said researchers hoped to report the results of the final stage of the trial next year.

He told PA: ”Malaria killed at least four times as many more people in Africa last year as Covid did.

”And nobody for a moment questioned whether Covid should have an emergency use review and authorization in Africa of course it did, very quickly.

”So why shouldn’t a disease that firstly kills children rather than older people, certainly killed an awful lot more, be prioritized for emergency use authorization in Africa?

”Nobody’s really ever asked that question before Covid, but we’re going to do so, and have been doing so, and regulators are sounding interested.

”Normally this would take three to five years to do a phase three trial, in that time 300,000 children in Africa will die every year of malaria.

”Why should it take that long?

Culled from The Street Journal