No Bullshitting!!! The Saga Of Bash Ali & World Guinness Record Boxing: Another Evidence That Nigeria Is A Killer Of Ideas (Part 2)

“Where you see in the letter about the N28 million naira court settlement for Bash, he rejected the payment because he wanted to make the point that he did not go to court for the money…just for justice. But Sunday Dare INSISTED that Bash MUST take the money” 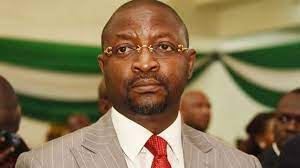 My previous blog on this matter (with the same caption) was in May 2020. No wonder, this is captioned Part 2. This time, I only want to share with you Champion Bash Ali’s own letter to the current Nigeria Minister of Youths and Sports Development, Mr. Sunday Dare. My introductory message is very brief because The Champ’s letter is a little long, necessarily so, but I implore you to have some patience and read it to the end, because, generally, the gist of its contents is one of the reasons that Nigeria has degenerated to A FAILED NATION OF CONSUMERS, which never produces anything good to offer the world.

As I said in my 2020 blog, too many evil Nigerians in the corridors of power do everything possible to kill any good idea that did not originate from them, and they are too dumb to originate anything good themselves. Unfortunately, the degeneration of Nigeria has hit rock-bottom under President Buhari due to some of the terrible (incompetent and bad-minded) crop of Ministers and Aides that he has surrounded himself with. If you truly want to understand how terrible some of his Ministers are, then read the following letter to the end.

In this particular case, you will see that Buhari actually means well for Nigeria, but the motherfucker who he appointed Minister of Sports has killed his good move with the most evil brand of corruption. Bash Ali’s Guinness World Record Boxing Event was the very first project that Buhari approved in office as president because he saw tremendous value to Nigeria in terms of financial revenue (over 3 billion dollars) and honor. So, he personally called Sunday Dare and handed the file to him to execute. Further, Buhari launched the Local Organizing Committee (LOC). But Dare had the audacity to tell Bash that “the project will not see the light of day” if he does not succumb to his terribly PERSONAL corrupt demands. Folks, an ordinary appointee has the IMPUNITY to say that he will kill a project that our Commander-In-Chief PERSONALLY DIRECTED him to execute, meeeeeen!!!

The evil corruption of the likes of Sunday Dare are the reason that local and international corporations and projects run away from Nigeria, including the recent location of TWITTER’S AFRICAN HEADQUATERS IN GHANA, instead of the so-called “Giant of Africa.” I don’t mind exposing to you here and now that more than one African country is now BEGGING to host this Bash’s event. I know for sure because I am smack in the middle of this new move. In fact, I practically forced Bash to kill his sworn patriotism to do it in Nigeria. I had to tell him that his patriotism is getting very annoying to people who care about him, including me before he agreed. Please read on and see Dare’s reasons and EVIL steps to kill the project, including his letter to the “International Boxing Union (IBU)” in California, USA, calling Bash a fraud, just to ensure that IBU would kill the project. The body would have done so if the management did not know Bash and the truth. How evil can a man get, meeeeeen?!!!

Bash is a very decent man, often to a fault; so, despite the TERRIBLE CORRUPT-BEHAVIOR of Sunday Dare to kill his dream, Bash’s letter still maintains unbelievable decorum. It avoids harsh words as much as possible, failing to be blunt about some of the corrupt acts of Sunday Dare. I am an insider, and I will pinpoint just a couple of such facts for you, which Bash kept mute with his political correctness in language. You know already that I am not a fan of political correctness, so here are a couple of the many facts. The rest will unfold as this saga continues:

1. Where you see in the letter about the N28 million naira court settlement for Bash, he rejected the payment because he wanted to make the point that he did not go to court for the money…just for justice. But Sunday Dare INSISTED that Bash MUST take the money. Now, instead of the awarded N28m, Dare paid Bash ONLY N15M. And, IMPORTANTLY, Dare INSISTED in paying Bash with CASH MONEY, instead of government check, in a country that promotes CASHLESS SOCIETY policy. You are not an idiot, so, I let you decide the reason for Dare’s shortchange of Bash’s N28m by N13m, and his violation of cashless society policy in paying a government debt, meeeeeeeeen! 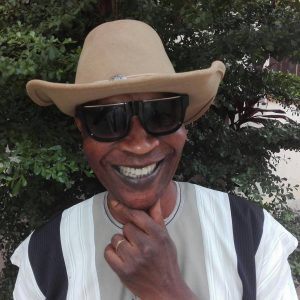 2.Bash’s letter fails to be blunt to tell you that, ACCORDING TO A PROXY, Sunday Dare demanded a bribe of the sum of 10 million dollars (not naira ooo, US dollars) in advance from Bash. Mind you, this is a man who would actually make up to 50 million dollars if he executes the project. Can you see how STUPIDLY EVIL some Nigerian crooks can be? However, for my legal-correctness caution (as always), I have to protect myself legally by mentioning that, unlike the other corrupt practices where Dare threw caution in the wind and clearly incriminated himself in obvious ways, he was a little smart enough to use a proxy in demanding for the 10 million dollars bribe. No wonder, I say “according to a proxy” to introduce this point. As I write this, Bash does still have the WhatsApp text from the proxy with his traceable phone number. He did declare himself to be speaking on behalf of Sunday Dare. I promised to keep this as brief as possible, so, here is Bash’s letter to Sunday Dare…just remember that I don’t ever bullshit ya, meeeeeeeeeeen!!!: