Owerri Jail Break: The Negligence of Security and  Ill-treatment of Ndi’gbo In Nigeria.

All hands should be on deck to get to the root of this matter and find out who launched this mayhem in Imo State and the South East region. 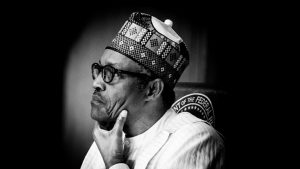 I have waited to get facts and figures concerning the attack on Owerri Federal Prison a few days ago. I also waited to do a minor analysis into the incident before I could make a statement about it. What I came to figure out shows a complete failure of all the security agencies near the vicinity of the prison yard. Not surprisingly as in other cases the heads of these agencies in the state are still sitting in their rolling chairs sipping coffee and puffing cigar, pointing one accusing finger while the rest 4 points directly at them. Their actions during the attack put up a conspiracy theory that they may have a lot to explain concerning the incidence.

It is shown that the Prisons have armed guards numbering more than 50 in number coupled with other arms support. The Headquarters of the State Police Command and the DSS office is situated less than 200 metres from the Prisons. The State Police Command in question has around it as well, offices of SWAT (aka SARS) and the anti-cult units. The government house of Imo State is a short distance as well from the Prisons.

Now I did this to paint a picture of the location of the Prison that was successfully attacked for hours and yet no resistance was given, nobody was killed and zero arrests made. There was no sign of bullets on the walls of the prison nor on the gate, neither were there empty shells on the ground to show that guns were fired.

The above does not present a normal attack picture. This is worsened by the fact that it was alleged that the attackers were in numbers chanting songs as they approached their objective, a movement in the circle of security outfits in the middle of the night and “the security men were ALL sleeping”? Where were the security men in these places few meters away from the Prison when all these played out?

What I expected the Federal Government to do is to set up an inquiry to investigate what happened that night. All the security agencies within that radius will be subjected to thorough scrutiny and questioning. Unfortunately, this was not done and men who should be held liable to provide answers are the ones pointing accusing fingers at some directions.

I condemn in its entirety the damage and arson that took place at Federal Prison Owerri. I also condemn the release of inmates, some of whom are hardened criminals serving jail terms while some were awaiting the hangman’s visit. This is capable of increasing criminal activities in Imo State and South East in general.

All hands should be on deck to get to the root of this matter and find out who launched this mayhem in Imo State and the South East region. 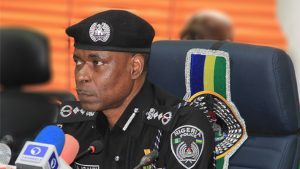 However, what I find reprehensible and conspiratory is the careless statement alluded to the sacked IGP that the mayhem was launched by IPOB. To start with IPOB has always come out to own up their disturbances but on this occasion, they publicly denied any involvement in what happened at Owerri Federal Prisons. Without any investigation, the sacked IGP went to Owerri and without any evidence or real explanation, he alleged that “IPOB” was the group responsible for the Owerri arson. He claimed that they came with all manners of weapon. However no gunshot sign was left of the prison gate, walls and the vehicles burnt. There was also no presentation of empty bullet shells that were expended at the location. Yes, it is possible that any group might have been responsible for the arson. It is also possible that there is an attempt from the FG to paint the SE as under attack by IPOB and create a way for their militarization of the region.

The second probability is real because of the poor and unprofessional response by the security agencies while the attack on Owerri Federal Prison played out. Al these areas should have CCTV coverages but until now, no footage has been shown to prove the sacked IGP right but only mere name-calling and pointing of accusing fingers. There have been several attacks in the North which the security agencies have not unravelled for years. Even the recent Nigeria. airforce fighter jet crash is still a subject of ego between Boko Haram and NAF. Boko Haram has claimed responsibility but our NAF says “na lie” but has not produced a credible alternative link to what happened to the fighter jet. Why the different yardsticks in arriving at conclusion regarding who did what and who didn’t do what? While I condemn violence in all its ramifications, I just advise that the FG does not in any way plan to turn the South-East into another North East, just to have reason to disturb the peaceful life in the region. What we expect is a thorough investigation of the incident which shamefully and unfortunately is not what we are getting from the security agencies.

Recently a group in the North has declared 10 April 2021 as “Igbo Must Go” day in the North. Nigerians are yet to see any reasonable reaction or condemnation of the careless statement from the FG or the security agencies. We are yet to see troops and fighter jets moved to the North to avert the pending doom and disaster the group is allegedly cooking. Is this not a case of biased reaction to the same actions?

Let it, therefore, be on record that should anything happen to any Igbo man in the North from 10 April, the Nigeria Security apparatus will be held liable and accountable for any loss of life or properties of Ndi Igbo in the North. The Igbo man loves Nigeria and has invested far above any region in this country outside his region. He is a peacemaker, a peace seeker and a developer and shouldn’t be subjected to any ill-treatment he does not deserve.

If this country belongs to all of us, Government and its agencies should be ready to treat all fairly and justly so that we can have a peaceful nation devoid of rancour and enmity.