The bus was cosy except for some expected differences in our understanding of human hygiene. The consequences was not too intolerable anyway. I discovered that a sweaty female armpit could be enjoyable to sniff. Don’t ask me why o! 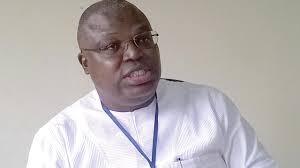 I’m not a researcher but I enjoy adventures. I hate traffic gridlocks and on a particular day I chose to leave my base on a ferry. It took me 28mins to get to Falomo from Ikorodu. The 18 passenger water ferry was, for the most part, quiet with many gazing on their phones and tapping on the keypads or screens. I did the same. It’s a N1k fare journey and the N600.00 difference between these Ise Oluwa Transport Molue and the ferry was simply the weeding of ignorance and garrulousness.

My return journey was different. I’d joined a colleague to the Lagos Lawn Tennis Club at Tafawa Balewa Square, TBS, and by 3pm, I decided to leave and spare the workers my added disadvantage to their usually crowded space. It was also self serving since I really don’t want to be part of a crowded 5pm Lagos traffic. I chose to get on the BRT bus. I believe it gives a better price and the same value as Uber. Sometimes, I can make an Ijebu man feel jealous!

The bus was cosy except for some expected differences in our understanding of human hygiene. The consequences was not too intolerable anyway. I discovered that a sweaty female armpit could be enjoyable to sniff. Don’t ask me why o!

The BRT bus was like a kind of Parliament. There you have the professors who knows where Dangote should have sited his refinery! Oh yes. They pontificated on economics and politics. The cost of land at “Lekki” was their reason even when the refinery isn’t at Lekki. Just like Maggi that is now a generic name for any seasoning, Lekki is now anything from Victoria Island Toll gate to Epe!

The rate of Naira to a dollar was a big topic until one asked another if he exchanges his salary for dollars monthly. I got to know on a BRT bus that a pack of chicken and chips for one person costs a dollar in US and that the “ewa agoyin” (bean porridge) of Dedevi’ the Togolese girl with beans at N150 per plate will feed 3 people at N450 total bill yet these people ain’t aware that they are praising the Naira within where it’s needed and knocking the dollar where it’s spent thus agreeing with themselves!

You will find those who knows how Nigeria should be restructured. These are men who knows Nigeria’s strength but couldn’t harness theirs and that’s assuming they should know!

I met and listened to men who never served in the military or study any war but knows how the Boko Haram insurgency could be tackled. It’s a potpourri of knowledge. One even said the Boko Haram war isn’t for AK47 and that government should deploy Saladin! Quickly, I typed the word into my mobile dictionary and discovered that Saladin is the Sultan of Egypt or Syria. I felt like smashing the man’s head. I didn’t. He just enriched my knowledge after all. Saladin bawo? Kilonjebe?

They are so technologically savvy that they prescribe strange things like drones for Refuse Collection even when London and Washington are still on a plastic bin and a moving truck. It’s like a Maroko mentality running wild at Victoria Island. For one second, I wondered whether Raji Rasaki probably heard these type of stuffs and was moved to secure IBB’s approval to get rid of Maroko inhabitants! 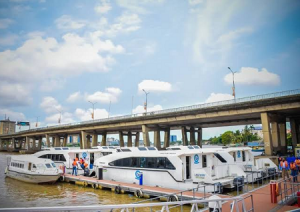 I also listened to an Investment guru who wants to teach the rich where a donation should go! It’s not his money o and they haven’t seen such money in their accounts but they ignore their own inadequacies and chose to focus on how the rich should spend. As far as they are concerned, the rich man is stupid and they are wiser even as they mostly don’t live at Banana Island or any of the good neighborhoods.

One actually queried why the kids of the rich should be attending private schools and then kasala busted when yet another felt everyone should make his choice for the kids.

The BRT buses was praised even with snippets: e.g “Thank God they even gave us this one to pack us like sardines!”

It was a 72-minute journey full of drama and very revealing: A new university is springing up in those buses teaching crap! 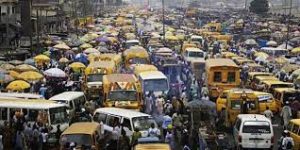 I remember the olden days bolekaja and the various admonitions inscribed inside and outside. From the subtle to the downright rude ones … if only to make the passengers keep quiet: Wole ki o joko Oluwa mo ero okan re. (Get inside and take your seat, the Lord knows whatever is bothering you): Toju Eru e (Watch over your belongings): Solo Makinde (derisive slang describing a talkative who hardly minds his business.) Agba Ofifo ( Empty barrel makes the most noise, etc.

Those BRT buses needs advert screens that works and sends messages that pricks on people’s soul and keeps them busy learning better things.

I wasn’t relieved when I got off the bus. I immediately started missing them. The one with a sweaty armpit got off behind me and we walked together as if we weren’t strangers. Nice experience but I will hesitate to do it again.