DISCUSSION (1) : Who is The Most Gentleman Or Men In This Story 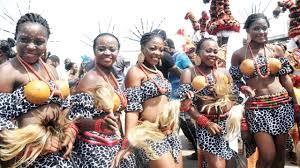 During the reign of Eze Iheomadiniru, three persons came to him dragging a young man with them and said to him, “Onye Eze, this man has murdered our father.”

Eze Iheomadiniru: “Why did you kill their father?”

Okorobia: “I’m a goatherd. My goat ate from their father’s farm and he threw a stone at my goat and it died so I also took the stone and threw it at their father and he also died.”

Eze Iheomadiniru: “Because of this, I pass judgment on your charge of murder by sentencing you to death.”

Okorobia said:
“I ask for 3 days before you execute the judgment. My late father left me some wealth and I have a sister to take care of. If you kill me now, the wealth and my sister will have no guardian.”

Eze Iheomadiniru: “Who will stand for your bail?”

Okorobia looking into the crowd, pointed at Nwankwo.

Eze Iheomadiniru: “Do you agree to stand for him, Nwankwo?”

Eze Iheomadiniru enquired further: “You agree to stand for someone you don’t know and if he doesn’t return you’ll receive his penalty.”

Okorobia then left but after two days and into the third day there was still no sign of him.

Everyone was very afraid for Nwankwo who had accepted to receive the penalty of death if the man failed to return.

Just before it was time for dinner, the goatherd appeared looking very exhausted and stood before Eze Iheomadiniru.

Okorobia: “I have handed the wealth and the welfare of my sister to my uncle and I am back to receive the penalty. You may execute the penalty now.”

In great shock and surprise, Eze Iheomadiniru said: “why did you willingly return after having a chance to escape the death penalty?”

Okorobia: *I was afraid it will appear that humanity has lost integrity and the ability to fulfill promises made*.”

Onye Eze turned and looked at Nwankwo and asked him: *And why did you stand for him*?”

Nwankwo responded: *I was afraid it might appear that humanity has lost the will to do good to others*.”

These words and events moved the brothers who had wanted justice for their father’s death very deeply and they decided to forgive the young goatherd.

In anger, Onye Eze asked “Why?”

They said: *We are afraid it will appear as though forgiveness has lost place in the heart of humanity*.”

I have also forwarded this beautiful message to you in fear that *it might appear that reminders towards doing good has lost place in humanity if I don’t forward it*’.

I encourage you to also pass it on in the fear that *it might appear that spreading a good message has lost place in humanity*.

Adapted from a collection of Ndi’gbo folktales