Reaction: My Visit To The Kigali Genocide Memorial – Ken Agala

“When I experienced the Kigali Genocide memorial with a group of friends in 2016, one thing we noticed was that we couldn’t talk for almost 10 minutes when we walked out of the memorial through the exit. The experience actually leaves you speechless”

As disenchantment with a particular tribe spread over Nigeria as a result of the poor handling of herdsmen menace, concerns are been raised as to whether those who have experienced the bitter pills of herders attack which is still ongoing, will get over the brutal killing, maiming, raping or destruction of their farmlands in a national reconciliatory mood devoid of reprisal attacks.

In this article, Ken Agala, who had the privilege of visiting the Kigali Memorial Hall in Rwanda writes on his experience and the evil of ethnic cleansing which are products of hate speech, uncensored online falsehood, domineering attitude of certain tribes and refusal of the government to wake up to the reality before things get out of hand. 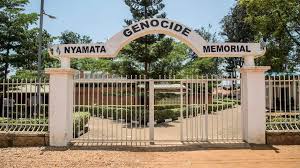 In May 2020, Lucien Kabuga, an 86 years old Rwandan fugitive was captured in France. Kabuga had been a fugitive for 26 years. He had been sought by Interpol, FBI, the international crimes tribunal, the Rwanda government and an international union of bounty hunters. Two years earlier, the US state department had placed a 5 million dollars reward on his head.

Kabuga is being tried for crimes against humanity because of the role he played in the Rwandan genocide.

However, Kabuga might not have lifted a machete or hoe in the horror of Rwanda, but as one one of Rwanda’s richest men, Kabuga’s radio station RTLM led the propaganda that daily fed hate to his fellow ethnic Hutus, acting as a catalyst for the Rwanda Genocide.

The two major items on the hands of the Interahamwe, the Hutu killer militia, was always a small transistor radio and a machete. While the radios guided the killer gangs around the country, identifying Tutsis, over 500,000 machetes imported into the country by Kabuga and a few Hutu elites, chopped down ethnic Tutsis and moderate Hutus like a bunch of trees.

Visiting the Kigali Genocide Memorial is such an introspecting experience that I think every African statesman, politician or aspiring leader should have.

The Kigali genocide memorial is actually the burial site of 250,000 people. It was built to honour the dead, preserve the history of the genocide against the Tutsis and is seen as a symbol of ‘NEVER AGAIN’.

This burial site is just one of the various burial sites in Rwanda that served as permanent resting places for the remains of the victims of the genocide.

When I experienced the Kigali Genocide memorial with a group of friends in 2016, one thing we noticed was that we couldn’t talk for almost 10 minutes when we walked out of the memorial through the exit. The experience actually leaves you speechless.

The children’s memorial had intimate details and life-size photographs of the deceased children, their names, favourite toys, their schools, the manner in which they were killed, then some of their dead small skulls lying beside a few of their belongings.

As you walk through the labyrinth of history with the informative audio and virtual reality gadgets, you will hear the stories, the recorded cries of victims begging not to be killed, tales from survivors, while the entire maze is filled with relics of the genocide, from one-foot shoes of running victims to their cracked skulls at times with the killer weapons still embedded right through the skull. 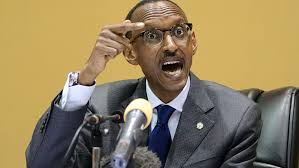 I’m sure many people do not know that the Hutus and Tutsi are the same people. Same culture, same language and same ethnic group. The only thing that separated them was that the Hutus were farmers while the Tutsis were cattle herders. This was the major basis which the Belgians used in differentiating them and issuing them with identity cards.

How come hatred grew so much that they managed to break the world record for the fastest and most effective killing in human history?

Of all the deaths that occurred during America’s wars from 1990( Operation Desert storm) to 2018( War against ISIS), including all the wars in Iraq, Afghanistan and over 70 countries where the USA fought their war on terror, with the most effective military hardware, over a 28 year period. Military historians put the total deaths, including civilian and military casualties to about 500,000.

The Atomic bombs that dropped on Hiroshima and Nagasaki recorded about 200,000 deaths which the entire world still considers as most horrendous. But ethnic Hutus managed to effectively kill one million of their Tutsi brothers and moderate Hutus in less than 100 days.

Not with any weapons of mass destruction, no tanks, no air crafts or submachine hellfire guns, but with machetes, hoes, stones and any makeshift that can be turned into a killing instrument. This is how powerful hate can be.

For a hundred days, the Hutu propaganda radios kept shouting that the graves are not full enough, urging on the killings of the Tutsis whom they referred to as Cockroaches.

Ironically the Hutus make up about 85% of the country, they had the Presidency and other key offices then, but somehow, they kept believing and spreading stories that these cow herders were going to conquer them.
The fear was so morbid that every Tutsi, including a woman or child, was seen as an enemy and potential conquerer.

You might have read several works of literature about the Rwanda 1990 genocide, but a visit to the Kigali memorial will knock you off your feet and teach you that long time hatred and propaganda can turn humans into little bits of Satan the devil. It will immediately bring you out of any ethnicity and usher you into the race of humanity.

The beauty of the Rwandan story is that the civil war victors, Tutsi rebels that ended the war, did not gloat or carry out reprisal killings, but they had a visionary leader who stepped in to unify the country despite the fact that they suffered the genocide.

Asked if she was Hutu or Tutsi, a Rwandese friend’s eyes popped open with shock and her voice became low as if afraid. “We are all Rwandans, we don’t have Hutu or Tutsi. We don’t talk about it and we don’t know it”, she said making sure that nobody else heard her. 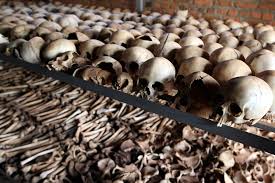 Rising out of the ashes of death and hate, Rwanda today is the pride of Africa.

The crime rate is almost zero and the city is the cleanest in Africa. While other African countries are still carrying files in government offices, Rwanda is using drones to deliver medicine to rural areas.

While neighbouring Congo and Burundi are still ruled by who owns more AK47s, Rwandese are coming out monthly alongside their President, legislators and all government officials to do Umuganda, a community works exercise where everyone is obligated to physically work for their environment.

While African giants like Nigeria is still struggling with generators, Rwanda is extracting Methane Gas underwater from Lake Kivu and turning it into Electricity.

While we are still carrying dusty files in our civil service and bribing public servants, Rwanda has implemented full technology where you can go online and do every public service needed, leading the Smart Africa alliance and of course, this has led them to the top, in ease of doing business in Africa.

But ironically, we have a similar history with Rwanda, with the result looking like the opposite.

In the early hours of 15th January 1966, a young Kaduna born Major of Igbo parenthood led some officers to kill over 20 people which included the then Prime Minister of Nigeria and the Premier of Northern Nigeria in an attempted coup.

The events of this action led to a vicious pogrom against many innocent Igbos whose crime was that they were from the same ethnicity as the parents of the coup leader.

The pogroms and resultant rebellion by South-East leaders led to a vicious 30 months unnecessary and vicious civil war that killed millions of Nigerians and destroyed lots of properties.

Looking back now, one can just imagine how irresponsible and immature the leaders of that era were, not to have prevented that war. They were like little kids with expensive toys, that was how leadership was to them.

But in both scenarios, profiling played a dangerous role, and it’s unfortunate that while Rwanda has risen from the ashes of that stupidity to say never again, Nigeria is still dancing around the precipice of an ethnic instigated insurrection.

Ken Agala’s article was sent in via WhatsApp.