Violation of US Traditions: Trump Plans To Pardon Himself Before leaving Office

President Donald Trump has spoken to aides about pardoning himself in the days before he leaves office, The New York Times reported.

The report said Trump has had several conversations about the topic since Election Day last year, and that the president has pondered about the legal and political impact if he were to pardon himself. It’s unclear whether he’s raised the issue since inciting a violent mob of his supporters to storm the US Capitol on Wednesday, which forced the House and Senate into recess as lawmakers, Hill staffers, and reporters sheltered in their offices or behind makeshift barricades before being evacuated. 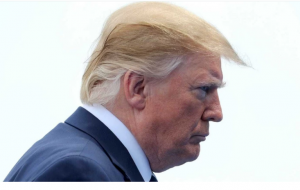 The violence erupted as Congress was counting electoral votes from the 2020 election, which Trump has falsely insisted was “rigged” and “stolen” from him. At a rally beforehand, Trump urged his supporters to march to the Capitol and call on lawmakers and Vice President Mike Pence to reject some states’ electors based on groundless claims that their elections were fraudulent.

The riots resulted in four deaths and prompted congressional Democrats and even some Republican lawmakers to excoriate Trump for ginning up nonsense conspiracy theories, whipping his supporters into a frenzy, and refusing to forcefully condemn the violence they perpetrated in his name. More than a dozen Democrats have since called for Trump’s impeachment, while others are pushing Vice President Mike Pence and Trump’s cabinet to invoke the 25th Amendment and remove the president from power.

Though Trump hasn’t been shy to dole out executive clemency grants as gifts to his friends, pardoning himself would be an extraordinary use of the constitutionally broad power and put the US in the uncharted legal territory. The question has never been tested, and the Supreme Court has not weighed in on it.

Some legal scholars say Trump may be able to pardon himself because the power has almost no constitutional limitations, other than that it cannot be applied to state-level offences.

Article II of the Constitution, which lays out the powers of the executive branch, says the president “

But experts say there are some federal cases in which the president may not be able to issue pardons. He could be barred, for instance, from pardoning someone if doing so violates another federal statute or constitutional clause.

Andrew Weissmann, a former federal prosecutor who worked on the special counsel Robert Mueller’s investigation into Russia’s interference in the 2016 election, also suggested that Trump could be held criminally liable if he issued a pardon – to himself or anyone else – specifically to obstruct a federal or state investigation.

The president has granted more pardons and commutations to his allies than any other president in US history. Last month, he issued a wave of executive clemency grants to associates including his former campaign chairman Paul Manafort; the Republican strategist Roger Stone; real-estate businessman Charles Kushner, who is the father of Trump’s son-in-law Jared; the three corrupt former Republican congressmen Chris Collins, Duncan Hunter, and Steve Stockman; the former Trump campaign aide George Papadopoulos; the Dutch lawyer Alex van der Zwaan, who was indicted in the Russia investigation; and more than a dozen others.

The president also pardoned his former national security advisor, Michael Flynn; four Blackwater guards convicted for their role in the massacre of more than a dozen Iraqi civilians in 2007; and two former Border Patrol agents who were convicted for shooting an unarmed undocumented immigrant in 2006 and covering it up.

Trump is also said to be considering granting a preemptive pardon to his personal lawyer Rudy Giuliani, who has amplified his conspiracy theories about the election and who on Wednesday called for a “trial by combat” at a Trump rally shortly before a mob of supporters swarmed the Capitol. And the president has reportedly discussed preemptively pardoning his three eldest children as well as Kushner.