“More will be engaged in the new year but the process will be very clean and devoid of cheap politics that we saw the last time,  (and) they (the new recruits) will be more than 2000 but I don’t have the exact figure.”

Governor AbdulRahman AbdulRazaq has laid off not less than 2,414 teachers recruited into the Kwara State universal education board (SUBEB) in 2018 by his predecessor, Abdulfatah Ahmed according to a NAN report. 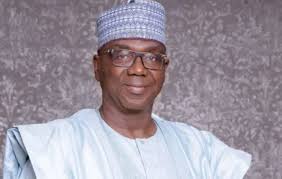 The statement from the education ministry said the affected “sunset workers,” who were employed in the twilight of the immediate past had to go after investigations by the anti-graft EFCC unearthed various forms of sharp practices in the recruitment process.

Spokesman for the ministry, Yakub Ali-Agan, disclosed that although former governor Ahmed had in an executive approval authorised the employment of only 1,100 qualified teachers, a total of 2,414 workers were recruited into the board, in breach of the directive.

Mr. Ali-Agan further stated that: “On assumption of office in 2019, Governor AbdulRahman AbdulRazaq, faced with conflicting claims on these workers, magnanimously authorised the screening of all of them, after which 1,658 were cleared as qualified,”

“Surprisingly, additional 594 got inserted into the payroll. There are claims that 162 more were part of the mix,” he said.

The official added that the EFCC’s findings also revealed that a great number of the teachers lacked the requisite qualifications.

“It was discovered that several of the 1,658 purportedly adjudged to be qualified do not in fact have required teaching certificates. It was discovered that teachers were engaged for subjects not covered in the executive approval, underscoring the unwholesome and impeachable nature of the entire process.”

Governor AbdulRazaq, who has ordered a fresh recruitment process billed to commence in January 2021, has said he wasn’t bothered if the move could hurt his bid for reelection in the 2023 general elections.

“God gives and takes power,” the governor’s media aide said. “Sometimes we have to look beyond politics and do what is right. Asking them (the teachers) to go was the right thing to do. Their issue was too complicated.”

Mr. Ajakaye enthused that a more transparent recruitment exercise would be held next year, while assuring that over 2000 teachers will be engaged.

“More will be engaged in the new year but the process will be very clean and devoid of cheap politics that we saw the last time,  (and) they (the new recruits) will be more than 2000 but I don’t have the exact figure.”

About 700 or 60% of Primary School Teachers in Borno Found With Fake Certificates.