The story of Fulani attack on Abeokuta Mountain took a dramatic turn with the police and the original publisher of the story countering a press statement by the Ogun State command regarding its role in the attack. In this rebuttal, Olubodun Are, speaking for the paper reiterated the online story saying that it stands by the story. 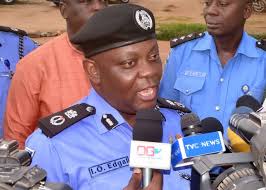 The rebuttal by Olubodun Are run thus:

The Police in Ogun State have denied reports in Irohinoodua that some of its operatives asked for money from victims of kidnaping by armed Fulani men. The incidence took place at Wasimi area near Abeokuta, the Ogun State capital.

In a statement signed by the Ogun State Police Public Relations Officer, Deputy Superintendent of Police, (DSP) Abimbola Oyeyemi the command denied the report. However, the management of Irohinoodua in a statement said the police failed in its responsibility to investigate the matter thoroughly but instead resorted into empty threats and blackmail.

Irohinoodua in a statement signed by its Editor, Omotayo Soyinka stated “We stand by the report that some policemen in the Ogun State Police Command asked the kidnap victims for N300,000 before they could investigate the matter. We have incontrovertible evidence. We request for the Ogun State Governor, His Excellency Dapo Abiodun to set up a Panel of Inquiry. Irohinoodua is ready to submit the necessary recorded evidence to counter the police claims.”

Irohinoodua said the Public Relations Officer of the Ogun Police Command should have sought evidence before drawing hasty conclusions. “We are a responsible organization managed by seasoned and award winning journalists. The Ogun Police is not the one to determine which medium is credible or not. At this critical moment that the Inspector General of Police Abubakar Adamu is working hard to sanitise the police following the #ENDSARs protests, the least we expect from all police formations is to seek public cooperation in fishing out the few bad eggs in the police force. We urge the PRO to show deeper insight into complaints made against the command and this involves the rudimentary principle of fair hearing. The Ogun Police Command should have invited those who made the claim instead of resorting to primitive threats as if there is neither law nor freedom or expression in Nigeria. The police cannot substitute itself for the conscience of the nation, neither can it perform the functions of the judiciary. It is wrong to make preemptive judgments on an issue that requires investigation. The public should note that the Irohinoodua story compelled the Ogun police to release the names of the Fulani kidnappers.”

DSP Oyeyemi in the statement had said ‘a distress call was made to the police divisional headquarters at Ewekoro by one Pastor Seye Obisesan of Christ Apostolic Church, Gudugbe, Alagbon, in Wasimi area of Ewekoro. He complained that while vigil was in progress at the church , a group of armed hoodlums invaded members, robbed them of their personal effects, and abducted one Mrs Mojisola Atolagbe.
Following the distress call, policemen from Ewekoro division swiftly moved to the scene , thoroughly combed the surrounding bushes, and apprehended five among the hoodlums namely: Abubakar Ibrahim, Sulaiman Yusuf, Ismail Yusuf, Umar Aliu and Yinusa Musa. The case was immediately transferred to the Anti-kidnapping Unit of the State Criminal Investigation and Intelligence Department from where the remaining members of the gang were traced and arrested while the abducted woman was rescued unhurt.”

It is therefore a surprise to read from Irohin Oodua that many worshippers were abducted from the church.The reporter also mischievously wrote that the sum of #300,000 was collected from the victim by the police for the purpose of investigation. He also claimed that two unnamed high-profile men came in jeeps to solicit for the bail of the suspects.

The Command hereby wishes to state categorically that these claims are false and misleading. The report is a calculated attempt to rubbish the gallant performances of the policemen involved in the rescue mission. Up till this moment, the arrested suspects are in our custody helping us in our investigation; and nobody has come to either identify with them or solicit for their bail. It is also worthy of note that the abducted woman was at Command’s headquarters on Thursday 3rd of December, 2020, to volunteer her statement and identify the suspects.”

Irohinoodua insists that the police counter claim does not nullify the substantial claims of the reporter who met with the victims, interviewed them and thoroughly documented his encounter with the victims. “It is surprising that the police is more concerned about claims of some of its men asking for N300,000 without any shred of reference to the position of the victims themselves. The police are public servants. They are responsible to the public. Iohinoodua is not on the pay role of the Nigerian Police. Our medium has no police correspondent and we do not need on. Our legitimacy is derived from the toil and pangs of the Yoruba people and humanity in general. We shall defend the liberty of Yoruba people with our heads high and unbowed.

The best way the police can sustain a robust and meaningful relationship with the public especially the media, is to be open to criticisms. The Ogun State police command will do a better job, we assume, by making efforts to investigate these serious allegations with the hope that at the end, the command will regret its hasty statement,” Irohinoodua said.

The Deputy Secretary, Nigerian Human Rights Community, (NHRC) Mr Taiwo Adeleye said his group was shocked by the statement from the police. In a chat with Irohinoodua, Adeleye said NHRC thought the police command should have carried out investigation before making wild claims. “The NHRC head office was contacted on the kidnap issue. We were informed some police men asked for N300,000. We have the evidence and we are aware the victims, who are good Christians, will be glad to identify the police men involved,” Adeleye said.