In Defence of PMB’s Policies: Glass Half Empty or Half Full – Nigeria!

Many Nigerians discuss country’s issues with a non-positive disposition (glass half-empty) as if country is veering towards, ‘doomsday’. It reminds me of a book titled “Fact Fullness“ by Prof Hans Roslin, that describes “Ten reasons we are wrong about the world – and why things are better than you think”. 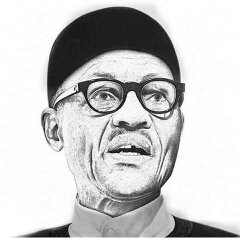 This is partly because what tends to sell or trend is bad news and little is said of aspects progressing and as such leads to biases. Let me share some simple examples, and why I encourage a “glass half full” view.

1. Importing Fuel from Niger
Sad, we have been importing fuel for over a decade. Our refineries have hardly produced in recent and are in a state of disrepair. It is an example of why government should stay out of businesses. In addition, Yar’Adua’s reversal of $750m sale of two refineries to investors in 2007, was a mistake, else those refineries would likely be producing, and FG would not need to waste N100bln/year.

However, one of the biggest refineries in the world is being built by Dangote. On I in 2021/2, it will supply fuel across Nigeria and export. In addition, 10 modular refineries are being built in South-South/South East, with some to be commissioned 2020/21

Thus, rather than be distracted with “glass half empty’ imports from Niger and elsewhere, bigger picture is “glass half full” that soon new refineries will end decades of imports, and we will export soon.

2. Rail to Niger
Many are exasperated with rail project to Niger republic and view as ‘Fulani agenda’ or misplaced use of Nigeria’s scarce resources.

However, 90% of the rail or 1,000km from Lagos-Kano-Katsina, is for Nigerians, to transport people and goods /farm produce, using cheaper, safer, convenient mode to benefit economy & create jobs.

The Katsina to Maradi (Niger republic) is a 9% extension (95km) and is economic benefit to Nigeria. Niger, being land-locked, gets its imports (~CFA500bn/year) through Cotonou (Benin Republic). Rail extension, will enable Lagos port become attractive for Niger Republic to import through, giving Nigeria custom duty revenues and income from rail transportation.

Taking “glass half-empty” view of rail extension as ethnic agenda, misses big picture and the “glass half-full” view of the economic benefits to Nigeria of the rail line and the short extension.

3. No 24-hrs Electricity
Our low power supply (<5,000MW) has meant frequent power cuts. This is sad and is despite failed promises by many Power Ministers to fix this debilitating problem over the years.

FGN has progressed with Germany and Siemens, an “Electrification Roadmap”. Phase 1 ‘quick-wins’ to improve supply to 7,000MW; Phase 2 ‘debottlenecking’ to 11,000MW, Phase 3 ‘expansion’ to 25,000MW include the 3,000MW Mambila hydro power project.

The power cuts are indeed a “glass half-empty” situation but the progress with commercialisation of sector, some locations now enjoying 24-hrs electricity and work ongoing with credible power house (Siemens) with detailed plan is “glass half full”, as efforts more likely to lead soon to a better place.

However, on big picture, institutional actions by this FGN e.g. Treasury Single Account has improved revenue transparency from previous thousands of accounts, and has significantly reduced the past widespread corruption in MDAs e.g. billions of dollars of NLNG dividends that previously were paid to secret accounts are now being paid to Federation account. In addition, BVN implementation has exposed hidden accounts of officials and now easier to track.

Thus, whilst corruption is not eliminated (no country has), and our Transparency Perception index not yet improved, but concrete steps have reduced previous large-scale theft and is “glass half-full”.

Whilst one reads less of herdsmen-farmer clashes and Niger Delta militants, but sense of insecurity is difficult to view from any other angle than glass half-empty. Security forces must step up on this, as security is paramount for the well-being of citizens and also for the growth of the economy.

6. Unemployment and poverty everywhere
Unemployment of 27% is high and UN/FGN report 100-million in poverty. These are impacted by low investments by foreign/local investors, due business environment, poor infrastructure and an average growth rate of economy lower than population growth rate of 3%.

There is also erosion of living standards of millions of middle class, affected by stoppage of free-flow of government money in past administration and Naira devaluation from official rate of N75 to $1 in 2000 to N380, with its crippling effects on appetite for foreign goods, travels and other expenses.

On poor, the targeted interventions by Government e.g. 10-million school children being fed daily; 6-million vulnerable being paid N5k monthly and TraderMoni loans of N10k to N100k to 2-million petty traders, are an unprecedented focus on alleviating the condition of the poor.

On unemployment, opportunities are emerging e.g. Dangote refinery expected to employ hundreds of thousands. Progress on ease of doing business and incentivising agriculture/agro-processing have potential to create employment. Nigeria needs to generate millions of jobs annually, and as such the FGN needs to do more, not to increase government workers, but to improve enabling environment so foreign/local investors can build more manufacturing/service industries to create jobs.

The entertainment and digital industry also portend opportunities for citizens to use their talents to create value as demonstrated by 2 young 2006 Babcock University graduates, who set up an online pay medium (Playstack) in 2016 and grew it, and were acquired for $200m by Stripe of Ireland.

One can view current challenges as ‘glass half-empty’, or view progress and opportunities to create value in today’s world , as “glass half-full”.

7. Nigeria going through another recession
Many Nigerians describe the 3.6% decline in Nigeria’s GDP in the third quarter and worst recession in 33-years. negatively, and that it is the 2nd recession during this government, with the first in 2016.

Nigeria economy is expected to be out of the recession latest first quarter 2021. Thus, whilst some view as ‘glass half empty’, situation globally highlights that such negative view is not realistic.

8. What do we forget?
What is sometimes forgotten in ‘glass half empty’ perception are things that have become non issues.

– Telephoning – we have moved from 0.5% population phone penetration in 1990s to 90%. The days of having to que at NITEL office to make a call, are gone. Citizens in villages can now speak to relatives internationally. Computing and digital capacities including social media have been enabled. Telephoning is nearly “glass-full”.

– Banking – electronic banking is now a norm and transactions are now done online without need to go into banking halls, and cash withdrawals via ATMs. Long queues that extended beyond bank halls is now gone and so also need to withdraw large cash to buy goods or when travelling, and with armed robbers attack homes and on roads. Banking is now more a “glass-full”

– Fuel queues – people now drive into filling stations and have forgotten long queues for days and people sleeping in car to buy fuel. Forgotten are the buying of fuel at ‘black market’ and sale of adulterated fuel causing vehicles to ‘knock-engine’. Forgotten is people storing fuel in jerry cans at home, leading to home fires. Fuel supply is more “glass-half-full”.

– Accountability – many people now insult the president without any fatal consequences. Two decades ago, with ‘Decree 4’ and military dictators, such criticisms were (near) fatal (Kudirat and Ibru) and people jailed/died on trumped up charges (MKO, Obasanjo, Yar’Adua). Whilst we await outcome of Judicial panel on SARS/ Lekki, we generally now have more freedom of speech and experienced the fastest acceptance by a FGN of citizen’s demand (to End SARS). We are not where we should be but are moving towards ‘glass half-full’.

Make no mistake, I am not saying Nigeria is where it needs to be. Far from it. However, considering where we are coming from, we should put in context progress made and ongoing in our discourse.

Roslin summarises as “problem is we don’t know what we don’t know, and our views are informed by unconscious and predictable biases. It turns out the world, for all its imperfections, is in a much better state than we think. It doesn’t mean there aren’t concerns. But when we worry on everything all the time instead of embracing a worldview based on facts, we can lose our ability to focus….”

The “glass half empty” bias drives negative energy and distracts from the important discussions. Being armed with facts will give more “glass half full” view and ensure critical thinking to enable more value co-create discussions on what more needs to be done to move forward and faster, rather than non-positive doomsday.