What a Biden Presidency will Mean for Renewable Energy

The next US president has pledged to invest $400bn over the next decade in clean energy and climate research and innovation. 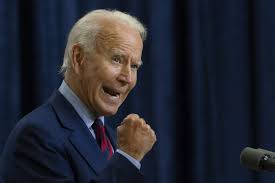 The eventual confirmation of Joe Biden as the winner of the US presidential election after a protracted vote counting process has almost immediately turned global attention to the next president’s policies and direction for the world’s largest economy for the next four years.

One of Joe Biden’s key pledges during the campaign was a promise to tackle climate change by reducing fossil fuel emissions and pushing ahead full steam ahead with clean energy programmes. The Democrat’s commitment to reducing fossil fuels is almost polar opposite to Donald Trump’s pledge four years ago to focus on developing the US’ waning coal industry and continuing the country’s quest to become the world’s largest oil producer.

Biden has stated that he intends for the US to accelerate its investment in renewable energy and set a target for net-zero emissions by 2050, aligning the country with the EU and other clean energy proponents such as the UK and Japan.

The future president’s move towards clean energy development is expected to be almost instant. He has pledged to rejoin the Paris Climate accord pact on the first day of his presidency, which the US became the first country to formally leave last week. As the world’s largest economy and one of the largest producers of clean energy, the US will play a central role in spurring on the development of renewables not only nationally but also globally. The US’ technology sector will be important in developing existing clean energy technologies while playing a leading role in making energy storage solutions such as batteries and green hydrogen cost efficient and scalable.

The US’ financial clout should also allow it to fund the development of clean energy in developing economies across the world through development aid.

In addition to pulling out of the Paris agreement – another key difference between President Trump and the next leader is policy and investment in the sector. Trump’s refusal to acknowledge the human impact on climate change meant he didn’t have a climate plan. In stark contrast, Biden has pledged to push for a $2tn dollar climate plan, which would involve the investment of $400bn over the next decade in clean energy and climate research and innovation.

The research and investment is expected to include battery technology, energy efficiency initiatives and carbon capture. The plan will also include investment in wind power and electric vehicles.

There is likely to be mixed feelings from governments and energy companies across the hydrocarbon-rich Middle East on Biden’s ascent to power. With the Middle East, the Gulf in particular, producing almost a third of the world’s crude oil. The region also holds about 40 per cent of the world’s gas reserves. Trump’s preference for hydrocarbons and refusal to support the broad Paris climate coalition was regarded as beneficial for the Middle East with economic prospects heavily reliant on conventional fuels.

However, there is plenty of reason for optimism across the region with the possibilities that a Biden administration will bring. Almost all of the states in the Middle East and North Africa (Mena) region have set renewable energy targets, many of them very ambitious, and already started work on programmes to diversify their energy resources. The fluctuation in oil prices over the past couple of decades has led to the realisation that maximum returns must be gained from produced oil through exports, using oil to fuel domestic power plants at heavily subsidised rates is not sustainable or the best use of resources.

Renewable energy does not just offer countries across the Middle East the opportunity to reduce the reliance on hydrocarbons for power production, but also an opportunity to diversify their economies by creating new industries and job opportunities for local people.

Saudi Arabia, the world’s largest oil exporter, has not only set a target for renewables to provide 58.7GW of its power by the end of the next decade, but also has ambitions for the establishment of a local manufacturing base and supply chain to cater for their own projects and clean energy schemes across the Middle East and beyond. The kingdom has also set in motion plans for a $5bn green hydrogen production facility at its futuristic Neom City.

Joe Biden does face challenges in delivering on his ambitious clean energy reforms. While some, such as rejoining the Paris Climate accord, can be done by presidential order, others require the support of government. Much of the planned investments are due to come from ending subsidies for fossil fuels and reversing some of President Trump’s tax cuts for corporations. To achieve this he will need the full support of Capitol Hill, and with the Republicans set to continue controlling the Senate for the foreseeable future, delivering on what he has planned for the energy sector will not be easy.

However, with a move to rejoin the Paris climate agreement expected to be one of his first actions on 20 January, the sentiment and change in tone from the top will be crucial in spurring on investments, innovations and policies not just domestically but across the globe.