The Nigerian police authorities have released the detailed of #EndSARS protests casualties across the country. 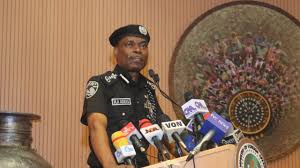 Speaking during a parley, Friday, with senior police officers, Police Inspector-General Mohammed Adamu said 51 civilians and 22 police personnel were killed.The release stated that a total of 1,596 suspects were arrested across the states in connection with the violence and looting sparked by the protests.The report stated that thirty-seven civilian and 26 police injuries were also recorded.

He said statistics collated between 11th October 2020 when the protests assumed a national dimension and 27th October 2020 showed that 14 states recorded major violence.Critical national security infrastructure and other corporate and private properties, as well as injuries or fatalities to civilians, the police and other security agents, were recorded, he said.

From the statistics compiled by the police, 14 states including Lagos, Edo, Rivers and Imo were the most hit by the violence.

He said: “In total, 71 public warehouses and 248 privately owned stores were looted in the course of the protests nationwide.

“A total of 51 civilian fatalities and 37 civilian injuries have been recorded while a total of 22 policemen were gruesomely murdered with 26 others injured by the protesters.

“So far, a total of 10 firearms including eight AK 47 rifles carted away during the attack on police stations, and a locally made pistol have been recovered from elements operating under the guise of the EndSARS protesters.

“Similarly, 82 suspects were apprehended in Osun State; 60 in Adamawa State and 36 in Kano and Ogun states respectively.

“Thirty-three suspects were arrested in Edo State; 20 each in Kaduna and Akwa Ibom states; 15 in Abia and Delta states and 13 in Oyo and Ekiti states respectively.

“Furthermore, 10 suspects were arrested in Rivers State and four in Ondo State. Out of these figures, not less than 1,117 have been charged to court across the country.”

He encouraged the officers and men not to be demoralised by recent events particularly as they relate to the targeted attacks on police personnel and facilities.

“You should rather draw inspiration from the motivating words of Mr. President who in a speech delivered during the launch of the Presidential Youths Empowerment Scheme (P-YES) at the State House on Monday 12th October, 2020 duly acknowledged that ‘the vast majority of men and women of the Nigeria Police Force are patriotic and committed to protecting the lives and livelihoods of Nigerians and we will continue to support them to do their jobs’,” he said.