Polygyny and Prostate Enlargement in Men; an Avoidable Disaster – By MOYCA

Polygyny is that form of polygamy where a man to marry more than one wife. The opposite form of polygyny is polyandry, where the woman is married to more than one husband. The form of marriage is rare and mostly blighted by all religions and most contemporary societies. On the other hand, polygyny has its origin in traditional African settings and the Holy Books of Islam and Christianity both attest to its acceptance as both a canon and human right of procreation.

The origin of monogamy, i.e. the marriage between a single male and a single female is rooted in the individualist cultural settings of Western societies from which it took root in Christianity as the ideal form of union between human species. It has its tap-root in that possessive drive of the woman to have a male to herself and no one else! Many have argued that it’s purely an Edenic nature of Mother Eve transferred to the modern woman. However, this line of reasoning falls in the face of a critical reality that Adam and Eve had no opportunity to test this conclusion as they were basically the only single male and female at creation.

Since the late 19th century, there have been gradual agitations by groups; howbeit, successful attempts, so far, to interpret homosexuality; the union of similar species of human as an ideal form of marriage. A number of Christian denominations have accepted this as a form of human right appreciation so much that there are arguments in certain quarters that the story of Sodom and Gomorrah may be a casualty in the ever-changing verses of the Christian Bible.

Since the meat of this piece is the issue of polygyny and the rise of prostate enlargement, so much until another topic for the digression above.

Polygyny; one-man-one-wife has spread as far and wide as Christianity has. With the spread of the Christian religion and Western culture; usually preached as most civilized of human development, polygyny has taken root on many African countries where it’s now regarded as “uncivilized” to marry more than one wife. The effect of this rising sub-culture is the rise in prostate enlargement among African young male and without recourse to the causative factor(s) Prostate health is one of the most engaging topics online with the most advertised drugs for the cure. These range from both herbal/traditional to orthodox medicines. From an ever-growing tribe of the prostate patient, quacks and the real have made and are still smiling to the banks from recommendations that are at best, suppressive of the ailment.

Our interest here is; what is the cause(s) of this ailment, what is or are the preventions and can it be cured?

What are Prostate Ailment, Causes, Prevention and Cure?
So much has been written about what prostate glands are and the ailment that an attempt to repeat it here will be a waste of the readers’ time. Consequently, it’s assumed for the sake of brevity that we all know what are prostate glands, prostate enlargement and cancer in men. Now, what is the relationship between polygyny and the rise in prostate infection? 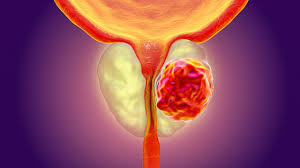 Prostate glands are those organs of the body that produce the semen that assists the release of spermatozoa in men during sexual intercourse. That sticky fluid is the vehicles that transport and deposits sperm through the urethra of the penis into the virginal of the woman during sex. The seminal fluid also ensures that the sperm are protected in the virginal till they complete their circle of either fertilizing an egg or dying out at the appropriate time usually between three and five days.

By nature, the production of seminal fluid is a continuous process in men that never ceases as long as a man is healthy and alive. This means that such fluid must be continually released to avoid congestion in the prostate balls which serve as both the producer and reservoir of the fluid. This is where regular sexual intercourse for a healthy male becomes a natural desideratum. Although the prostate balls are expected to increase in size with age, the rate of increase automatically becomes rapid with sexual abstinence by the male. It’s at this point, that the issue of polygyny as the major cause of unhealthy prostate health problems begins. When the male refuses to use up the supply of the fluid as produced by the prostate, naturally, the reservoir must necessarily enlarge and as in other over-fed reservoirs, “burst” with pressure.

Regular Sex as Natural Remedy against Prostate Problem
Marriage as an institution serves two major purposes, viz; procreation and companionship. As an act for procreation, God the creator is reputed to have given the first man, Adam, the commandment; “go you into the world, multiply and fill the earth” He thus created the human species, male and female and endowed them with sex organs to fulfil that injunction.

For companionship, marriage not only endows the partners the avenue to relieve tension through having regular sex, it enables the couples to be recognized as non-philandering male and female but respectable members of the society with identifiable family roots and background. An important aspect of both purposes of marriage is that sex plays a vital role in them. Spouses need sex for procreation as well as companionship, bond and relaxation.

An important and salient aspect of a conjugal relationship in marriage is that while the male’s production of sex fluid continues as long as he is alive and well, the female productive circle is expendable. In other words, as the woman gets older, her sexual desire, especially after menopause, decreases while that of the male may retain or increase depending on his reproductive health. It follows, therefore, that while the female may at a point in her life suffer a drastic reduction in her libido, and begins to avoid sex, the male suffers in silence as his urge for sex is retained or increased.

Usually, this is a crisis situation for the spouses. The male wants to have sex while the woman, as a result of rising frigidity is not interested. Many women at this stage have been known to query their spouses by wondering aloud: “what do you want in sex after all the kids we’ve had”?

While such a situation totally neglects the companionship that marriage bequeathed upon the couple, it behoves a dangerous commencement for the rise of poor prostate health for the man and may lead to promiscuity if not properly handled.

Apart from the natural phenomenon of a decrease in sexual desire of the female at a certain age, other contributory conditions to the fall in her libido are stress. This is mainly associated with working-class women, especially those who work late hours in banks and other large-scale corporation or government appointments. Such women are prone to stress and may not be able to satisfy the conjugal needs of their spouses as needed for healthy sex life. Male spouses in such boxed circumstances may for want to maintain extant socioeconomic standards suppress their sexual urge in deference to the woman’s dictates. In other cases, such male counterparts take to keeping secret sex partners; a situation that cannot be maintained for long as the economic consequences are enormous.

This is when a prostate problem begins to take root in the man and may develop into full cancer if not checked immediately.

What Is the Way Out?

While it is important that this discussion is not a recommendation for polygyny or multiple wives, it will attempt to prove through facts and examples that multiple wives partnership relationship is a natural prevention and better remedy against prostate enlargement and cancer than the monogamous partnership of one man, one wife.

Naturally, polygynous culture confers on the man the right to safe sex with multiple wives. In Islam, the allowed number is four spouses while traditional African culture has no limit on the number a man can marry. This culture ensures that a single woman, as in monogamy, is not conferred the dictatorship of conjugal companionship as witnessed in the present times and the high level of prostate ailments suffered in one-man, one-wife marriages.

Polygyny allows of the several wives to stay off sex during menstrual periods or when she feels without inhibiting the man’s sexual urge as well as grant the other wives the liberty to stay off sex completely as well as allows the younger wives a full enjoyment of their youthfulness and time with their spouses without fear of reprisal from a jealous partner.

Spiritually and mentally, it creates a better emotional balance and sexual health for both spouses. This is unlike in a monogamous relationship where the male has to steal quick sex from side-kicks outside the matrimony to compensate for the lack at home.

This attitude is common among men during menstrual periods and when the women are newly delivered of babies and cannot engage in healthy sex with the men.

God blighted adultery and fornication among married and unmarried people; it can be conveniently argued that He, God would not have created a situation where the man is forced by nature’s call to go against his will by advising monogamy.

Monogamy encourages prostitution or illicit sexual relationships. And everyone who has fallen a victim of this human frailty will not deny that both prostituting partners are not only spiritually remorseful of their deed and wish they never did it, the fear of society discovering their acts weigh heavily on their scale of social perception as irresponsible people.

Added to these advantages is that since the production of seminal fluid in the prostate is a lifetime activity, polygyny endows the male that natural opportunity to constantly remove and ensure room for storage of replenished semen in the gland. This is the natural antidote to prostate enlargement and consequential cancer associated with abstinence from sex.

A reproductive health expert opined that for a young man, he needs to have ejaculate about 21 times weekly beginning from when he attains full sexual maturity to a minimum of 4 times weekly at age 70 and above if he’s still sexually virile.

Unknown to many men, a round of sex, fully consummated, is far better for your health than a 100-meter sprint! It allows the injection of those “feels good” enzymes into every part of your body muscles that relieves you of tension. Unknown to many spouses, especially the women, a round of sex can cure those nagging headaches which are keeping them away from sex. This is because some headaches require a deep sleep such as should follow a good round of sex. Taking this option helps to avoid taking pain relievers and their attendant side effects.