National Security: A View On Smuggling Of Small And Light Arms In Nigeria

“Southern Nigerian borders are not as secure as we think they are. A runner will sometimes send 7 containers, customs discover 2 and that is still good business for the supplier, eastern European source supplier add the risk run into the price so you lose nothing really”

In 2008 I chose my 2nd Masters research topic “International Small Arms Regime And The State: The focus was on Africa and Nigeria.” Professor Peter Gowan pulled me to his office and said “Do you really want to do it?” I told him I suspect Nigeria will be the next Ground Zero. 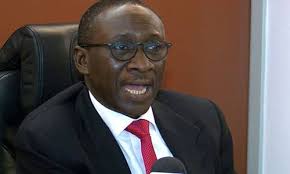 Dr. Marko Bojcun saw my topic by “accident”. If I had not met Dr. Bojcun, my work would have just been an “academic exercise”. Marko, it was who linked me with contacts. I was able to visit 4 core small arms supply routes in Europe. Uncover Nigerian players in the market. A contact in Bosnia linked me up with a Nigerian player. He was one of the most important players in the illegal small arms trade. He claimed then he doesn’t supply Nigerian clients out of principle.

That turned out to be a lie. I only found out in Abuja on the 1st of October 2020. I was at Eagle Square, I remember @eggheader was with me when the first bomb went off. SSS subsequently carried out some raids and when spokesperson Marilyn Ogar displayed some recovered arms on TV. I recognized something. Those arms, something familiar. Very recognizable.

I put a call through to the Nigerians arms dealer. He did not need to say much, he said he made an exemption to the rule to protect the people of the Niger Delta. Not that I was surprised but it was the ease of bringing the supplies into Nigeria. Not just AK47. RPG & Hardware, Military fatigue, special forces helmet, night vision google, bomb-making explosive materials, camping materials. Some came in through Nigerian Ports, others via the ‘Fayawo’ route. Ease of doing business worked best for arms dealers.

The insurgents in the Northern part of Nigeria will continue to thank the Americans for destabilizing Libya, free arms. Frontline states in Northern Nigeria maintain artificial international borders. So one could excuse the ease of small arms coming in from North Africa. Southern Nigerian borders are not as secure as we think they are. A runner will sometimes send 7 containers, customs discover 2 and that is still good business for the supplier, eastern European source supplier add the risk run into the price so you lose nothing really.

The C Problem:
Corruption: Officials will turn a blind eye at our ports, the small arms trade is very organized, it is a cartel. those involved don’t see weapons of mass destruction, they see merchandise and profit. They are in our ports, customs, immigration, and military.

The I Problem:
Institutional incompetence. We have ‘Military intelligence officers’ in our embassies in supply countries who do everything but gather intelligence. They do not monitor what they need to monitor, the activities of gun runners and Nigerians against Nigeria.

National Intelligence Agency (NIA) Rather than focus on criminal activities, you have very well-paid officers posted across the globe doing everything but not the job they are paid to do. They have the best-trained officers. No attempt is made to research criminal gangs.

DSS:
To be honest, the DSS is probably the most effective security apparatus only if they focus on disrupting crime against the state, particularly criminal gangs, they can embed within gangs and plant human sources, SSS did it so well against us in the student’s movement in the ’80s

The L Problem:
The loyalty problem is when all our security apparatus focus on the survival of elected officials than the survival of the state. Nigeria has over time diverted the best of its crime-fighting organs away from intercepting crimes to the protection of people in government. Years back I met with a Nigerian NSA (Now late) and later a COAS in the same government in the UK to raise my concerns and I came out of both meetings depressed, knowing those who are appointed to protect Nigerians are as helpless as those they protect. It is the same TODAY!

So those alarmed that bandits (TERRORISTS) are brandishing military-grade weapons, are detached from the Nigerian reality, light and small arms are easily purchasable in Nigeria. All you need is to ACTIVATE a contact and delivery is assured almost risk-free.

The Nigerian government should in addition to other strategy focus on CUTTING THE SUPPLY CHAIN OF SMALL ARMS. Nigeria right now is a weak point in the West African illegal small arms supply route, apply the same strategy as you do on drug dealers. Cut the head of the snake.

Boko Haram and co may depend on captured arms, we should also look at taking an audit of the National armoury to stop bad eggs who sell to willing buyers.

A serious local, state and national strategy should be considered before it is too late, that is if it isn’t too late. I have left out particular details, hoping those in government will take the hint and restrategize.

For those complaining about my grammar. Sorry, wish I could do better. I hope you didn’t miss the main message.

This opinion was sent in by an anonymous reader via WhatsApp